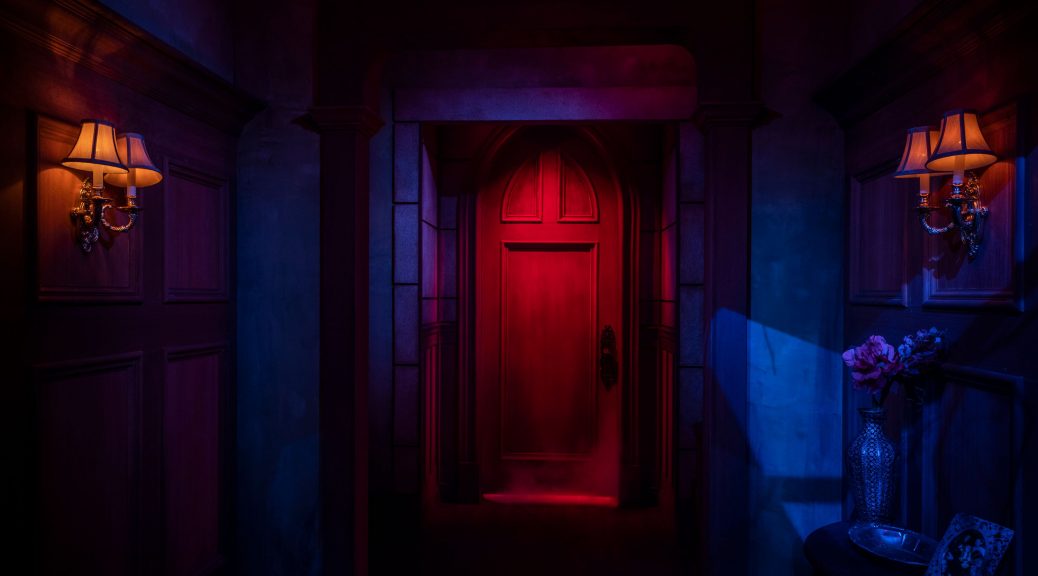 Universal City, CA; Orlando, Fla.,(July 8, 2021) – For the first time ever, Netflix’s critically-acclaimed series “The Haunting of Hill House” will bring its ominous presence to Universal Orlando Resort and Universal Studios Hollywood in all-new mazes for “Halloween Horror Nights 2021,” which is officially back beginning in September.

Upon its release, Netflix’s “The Haunting of Hill House” became a worldwide phenomenon of unsettling proportions that elevated the horror television genre. Created, directed and executive-produced by horror mastermind Mike Flanagan (Hush, Oculus, Gerald’s Game) and executive produced by Trevor Macy via their Intrepid Pictures, the chilling horror story follows members of the Crain family who are haunted by long-dormant fears stemming from their time living in the menacing Hill House as children and then forced to face the ghosts of its grisly past.

Reincarnated as “Halloween Horror Nights” mazes, the imposing and mysterious Hill House eerily comes to life beckoning guests to embark on the dark journey experienced by the Crain family.

Iconic scenes from the Netflix series will be featured throughout the maze, including the omni-powerful Red Room – the heart of Hill House – and the infamous Hall of Statues, where deceptive powers overtake everyone who enters. Apparitions will appear around every corner, from William Hill – The Tall Man, whose towering stature overwhelms everyone he encounters; to The Ghost in the Basement, who feverishly crawls throughout the bowels of the House in search of his next victim; to The Bent-Neck Lady, whose disturbing scream and ghastly appearance invoke a constant state of unnerving dread.

“The Haunting of Hill House” mazes will test even the bravest guests as they attempt to escape the entanglement of the estate’s eternal stranglehold or succumb to the powerful forces of Hill House – leaving them to wander the endless halls forever…alone.

“I have loved Halloween Horror Nights for so long,” said Mike Flanagan, Creator, Director and Executive Producer of “The Haunting of Hill House.” “Some of my favorite memories of Halloween were made at Universal Studios, screaming and laughing with my friends. It is such an honor to be included among such fantastic Haunts, and I’m so glad that fans will be able to walk the halls of Hill House this Halloween. This is – without a doubt – one of the coolest things that’s ever happened to us at Intrepid. We are so excited to visit the Red Room again – we hope to see you all there!”

“It’s a nightmare come true to bring Netflix’s “The Haunting of Hill House” to life for our guests this year at ‘Halloween Horror Nights,’” said Charles Gray, Senior Show Director for Entertainment Creative Development at Universal Orlando Resort. “The show brought true horror to the masses, similar to what we’ve provided our guests at this event for nearly 30 years – Hill House is a perfect fit for “Halloween Horror Nights” as it enters a new decade of fear.”

“Mike Flanagan has elevated the horror genre with his supernatural thriller, ‘The Haunting of Hill House,’” said John Murdy, Executive Producer of “Halloween Horror Nights” at Universal Studios Hollywood. “We continuously challenge ourselves to raise the bar with each maze we create, and we look forward to creating a unique experience for our guests that combines both the psychological and visceral twists from the series. The goal is to make our guests feel as if they are walking in the footsteps of the Crain family, re-living all the horrors that they experienced.”

The “Halloween Horror Nights” events begin on Friday, September 3 in Orlando and Thursday, September 9 in Hollywood – and both events run select nights through Sunday, October 31. Select tickets and vacation packages are now on sale for “Halloween Horror Nights” at Universal Orlando Resort; tickets for the event at Universal Studios Hollywood will be available soon. Due to popular demand, event nights are expected to sell out. For more information and to purchase tickets, visit www.HalloweenHorrorNights.com.

Currently streaming globally on Netflix, “The Haunting of Hill House” is produced for Netflix by Amblin TV and Paramount Television.

For more than 30 years, Universal Orlando has immersed guests in amazing “woah” moments that free them from the stress of their worlds. Across the award-winning destination, they can let go and live in the moment with those they care about most as they embark on incredible theme park adventures, like causing mischief with the Minions from Illumination’s “Despicable Me,” coming face-to-face with ferocious dinosaurs in Jurassic Park, walking the corridors of Hogwarts castle in The Wizarding World of Harry Potter and so much more.

Universal Orlando is home to three epic theme parks that feature some of the world’s most exciting and innovative experiences, including Universal’s Islands of Adventure – named the #1 Amusement Park in the World for five years in a row by TripAdvisor Travelers’ Choice; Universal Studios Florida – home to the most technologically-advanced stunt show yet, The Bourne Stuntacular; and Universal’s Volcano Bay – a tropical oasis like no other that features an actual beach right in the middle of Orlando.