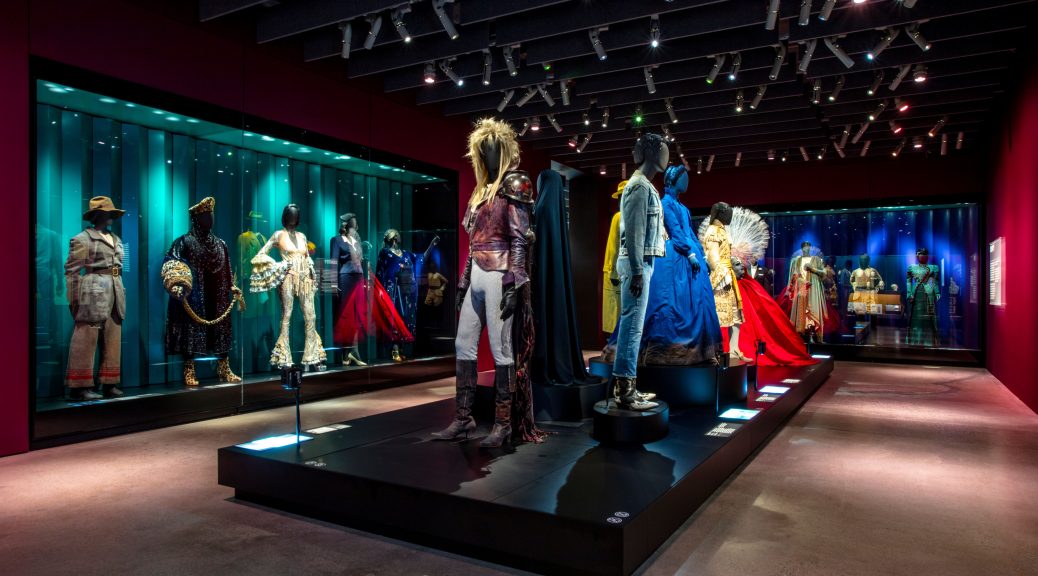 The Identity gallery at the Academy Museum will showcase original costumes such as David Bowie’s iconic Goblin King ensemble from Labyrinth (1986).

Los Angeles, CA—Today, the Academy Museum of Motion Pictures opens its doors to thrilling new gallery and object rotations in its Stories of Cinema exhibition. Like cinema itself, the galleries of the museum’s core exhibition Stories of Cinema are designed to evolve and change over time to highlight different movies, artists, eras, genres, and more. Following are new rotations that will be presented in the 2022–2023 season in Stories of Cinema:

THE ART OF MOVIEMAKING: THE GODFATHER

The Art of Moviemaking: The Godfather showcases the collaborative process of the making of this masterpiece through a wide array of original objects, images, and stories. In 1972, director Francis Ford Coppola’s interpretation of Mario Puzo’s popular novel provided an operatic and poignant reflection on the American Dream that not only radically transformed the moviegoing experience, but also the moviemaking process. Featured costumes, props, scripts, and equipment will highlight the contributions of each cinematic branch, exploring how they innovated the changing landscape of Hollywood.

Object highlights include Don Corleone’s desk and chair used in The Godfather trilogy, Coppola’s original “Godfather notebook,” and a costume worn by Al Pacino in The Godfather Part II. This exhibition is curated by Assistant Curator Sophia Serrano with Curatorial Assistant Esme Douglas.

The Academy Museum Store will be releasing an exclusive collection of The Godfather merchandise in conjunction with the gallery. The products in this collection celebrate the Academy Award®-winning film’s 50th anniversary and are officially licensed by Paramount Pictures.

The products in this collection were created in conjunction with the museum’s gallery exhibition The Art of Moviemaking: The Godfather that celebrates the 50th anniversary of the Academy Award-winning film and are officially licensed by Paramount Pictures.

Starting Sunday, November 6, Fanny’s Restaurant will introduce a weekly “Sunday Supper” menu with dishes in conjunction with the The Art of Moviemaking: The Godfather . The family-style menu will include a weekly rotating selection of cheeky specials such as Connie’s Crispy Calamari, A Pasta You Can’t Refuse, Sunny’s “Bada-Bing!” Ribs, and more inspired plates, along with a selection of Italian wines and other cinema-inspired craft cocktails. Sunday dinner service will run from 5-9PM; reservations can be made via OpenTable and Resy, or by emailing info@fannysla.com.

This gallery is an exploration of one of global cinema’s most radical and transformative artists. Agnès Varda’s (1928-2019) work is undeniably personal drawing inspiration from her life, experiences, the people, and the world around her. Structured into three sections to reflect her life as a photographer, filmmaker, and fine artist, the gallery highlights influences and films from her seven-decade long career ranging from La Pointe Courte (1955), widely regarded as the first film of the French New Wave, to her autobiographical movie Varda by Agnès (2019). While the Photography section explores her time behind the still camera showcasing her Leica, as well as prints and contact sheets, the section focusing on her life as a filmmaker shows influences from her years living in Paris and Los Angeles including familial relationships, social rights movements, and other autobiographical elements that permeate all aspects of Varda’s filmography. At the heart of the gallery, a triptych montage invites visitors to immerse themselves in themes and motives from Varda’s vast cinematic oeuvre. Lastly, the Art section features works from Varda’s career as a fine artist including a model for one of her life-size cinema shack installations. One of Varda’s most important inspirations becomes palpable through the gallery’s design: her lifelong love for beaches. This gallery is curated by former Assistant Curator Ana Santiago and completed by Jessica Niebel, Exhibitions Curator with support from Manouchka Kelly Labouba, Research Assistant and the collaboration of Rosalie Varda-Demy, Mathieu Demy, and Ciné-Tamaris.

IDENTITY
The Identity gallery will present a new lineup of original costumes, wigs, concept art, and other materials to explore the creation of characters through the art of hair, makeup, and costume design. Highlights include costumes worn by Elizabeth Taylor in A Place in the Sun (1951), designed by Edith Head; Julia Roberts in Mirror Mirror (2012), designed by Eiko Ishioka; David Bowie in Labyrinth (1986), designed by Brian Froud and Ellis Flyte; Richard Pryor in The Bingo Long Traveling All-Stars and Motor Kings (1973), designed by Bernard Johnson; and a headdress worn by Greta Garbo in Mata Hari  (1931), designed by Adrian.

The gallery also focuses on the work of key artists in these fields, such as the tattoo work of make-up artist Ken Diaz on movies such as Red Dragon (2002) and Black Panther (2018), wigs by hair stylist Yolanda Toussieng from Beetlejuice (1988) and Mrs. Doubtfire (1993), wigs and makeup by Nadia Stacey for The Favourite (2018), and costumes by designer Ann Roth from Mamma Mia! (2008) and Ma Rainey’s Black Bottom (2020).

STORY
The Story gallery explores how cinema is first born on paper, through scriptwriting and storyboarding. Case studies of Hitchcock’s Rebecca (1940) and The Birds (1963) explore two different approaches to adapting Daphne du Maurier. The Rebecca study looks at the role producer David O. Selznick played in bringing the film to the screen, as well as the importance of Kay Brown, Selznick’s Story Editor, and screenwriter Joan Harrison. The Birds installation focuses on Evan Hunter’s script and Harold Michelson’s storyboards of the now iconic sequence outside the schoolhouse.

Additional new objects from films spanning the silent era to the present day include script pages from Stella Dallas (1925), written by Frances Marion; scripts from Adam’s Rib (1949), written by Ruth Gordon and Garson Kanin; Albert Nozaki’s storyboards from The War of the Worlds (1953); a working notebook and script for Mosquita y Mari (2012), written and directed by Aurora Guerrero; and script notes and pages from Queen and Slim (2019), written by Lena Waithe.

PERFORMANCE
The Performance gallery, which explores the disciplines of casting and acting, features new materials from the collections of Marion Dougherty and Lynn Stalmaster, two casting directors who revolutionized the craft post-studio system, as well as new Polaroids from the collection of casting director Johanna Ray, who has worked with many notable directors but is perhaps best known for her longtime collaboration with David Lynch.

About the Academy Museum of Motion Pictures
The Academy Museum is the largest museum in the United States devoted to the arts, sciences, and artists of moviemaking. The museum advances the understanding, celebration, and preservation of cinema through inclusive and accessible exhibitions, screenings, programs, initiatives, and collections. Designed by Pritzker Prize-winning architect Renzo Piano, the museum’s campus contains the restored and revitalized historic Saban Building—formerly known as the May Company building (1939)—and a soaring spherical addition. Together, these buildings contain 50,000 square feet of exhibition spaces, two state-of-the-art theaters, the Shirley Temple Education Studio, and beautiful public spaces that are free and open to the public. These include: The Walt Disney Company Piazza and the Sidney Poitier Grand Lobby, which houses the Spielberg Family Gallery, Academy Museum Store, and Fanny’s restaurant and café. The Academy Museum exhibition galleries are open seven days a week, with hours Sunday through Thursday from 10am to 6pm and Friday and Saturday from 10am to 8pm. 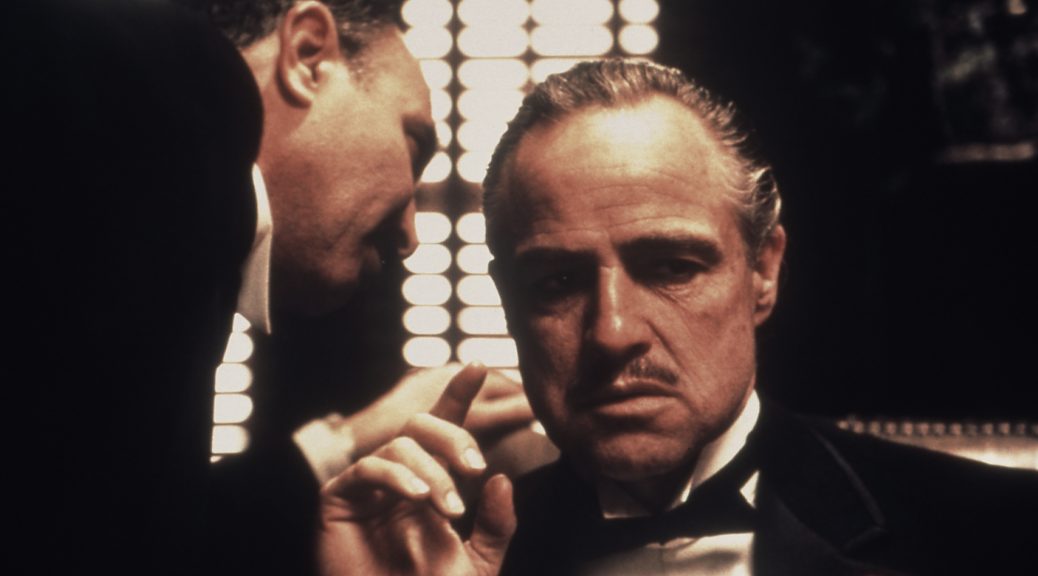