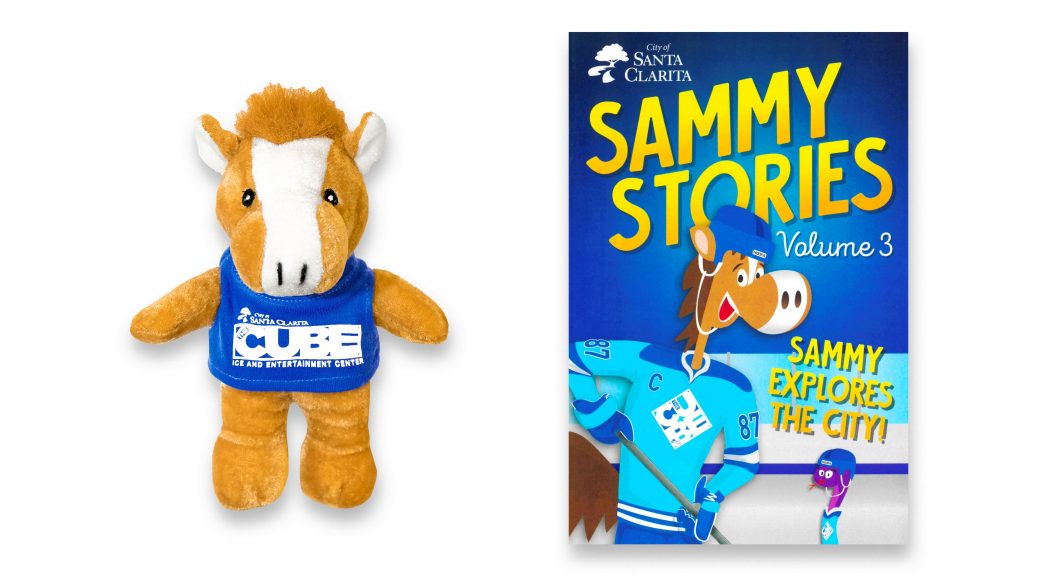 Santa Clarita, Calif. – Santa Clarita’s favorite City mascot is back with a new look and his third book! Last year, Sammy Clarita was the City’s Recycle Hero. This year, you can join Sammy Clarita as he visits three new City facilities and explores all they have to offer. In his latest book, Sammy’s first stop is The Cube – Ice and Entertainment Center. He loves the new City amenity so much that his look for 2021 is a cool blue hockey jersey with The Cube logo on the front, and his favorite number- 87, on the back. Why 87? Because that was the year the City was incorporated- 1987!

The award-winning scavenger hunt for the adorable plush continues, so don’t forget to be on the lookout for Sammy out and about, exploring the City. If you find him, you get to keep him and take him home! Make sure when you find Sammy, you share a selfie with him on your social media using #IFoundSammyClarita. By sharing your photo with your new best friend, you might just have a chance to be featured on the City’s social media pages!

To “check out” Sammy’s latest book, visit one of the three Santa Clarita Public Library branches or go online to SammyClarita.com, where you can read through the entire trilogy of Sammy Stories!