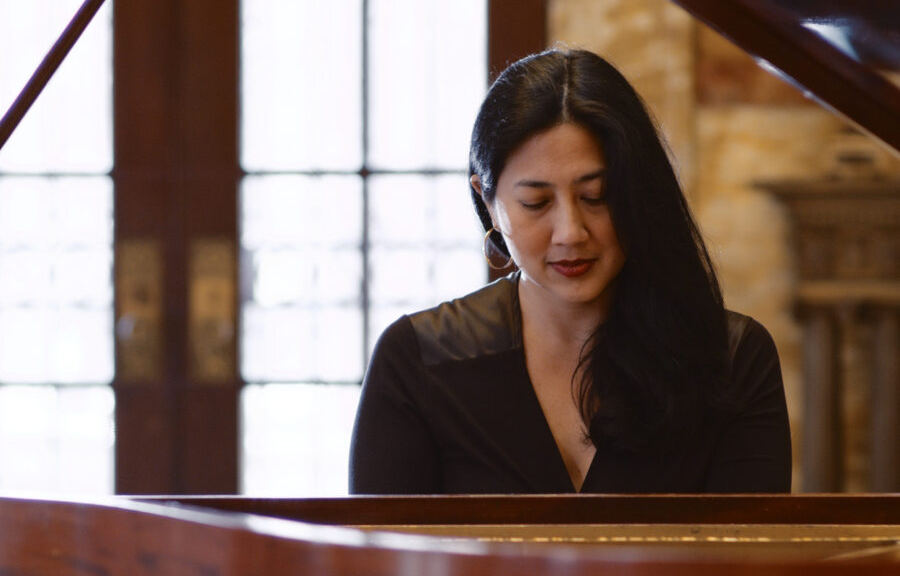 Tickets and more information at: q-r.to/DCSfallnov5

The Pompeian Room of the Doheny Mansion

The Da Camera Society of Mount Saint Mary’s University presents pianist Marisa Gupta in the intimate Pompeian Room of the Doheny Mansion, a spectacular example of Gilded-Age architecture. The program will include keyboard masterworks including Frédéric Chopin’s complete Ballades and Samuel Barber’s Excursions, Op.20. An open-air cheese and pairing reception will follow the 4pm showing.

Pianist Marisa Gupta has a versatile musical life, comprised of solo and chamber music performances, ranging from rare repertoire of the past to a deep commitment towards music of today, performed with heartfelt conviction and a deep intellectual engagement. Born in the USA of Thai and Indian parentage, pianist Marisa Gupta made her debut performing Prokofiev’s 1st Piano Concerto with the Houston Symphony. She is the recipient of numerous awards, including top prizes at the Concours Maria Canals (Barcelona), the Viotti Competition (Vercelli, Italy), Corpus Christi and Kingsville International Music Competitions, a Solti Foundation Award, a Fulbright scholarship for study in the UK, and many others. She was an Edison Visiting Fellow at the British Library (for the study of early chamber music recordings and performance styles) and was named a finalist by the BBC for its New Generations Thinkers Scheme, an initiative inviting leading British thinkers to broadcast on BBC Radio 3.

Marisa received the Diplôme de Soliste from the HEM Genève in Switzerland, where she studied with Pascal Devoyon. She received her Doctorate at the Guildhall School of Music and Drama, focused on the performance of approximately 50 recently discovered solo piano works by the Catalan composer Frederic Mompou. Other important mentors include Richard Goode, Horacio Gutierrez, and John and Nancy Weems.

Tickets are $30-$115. Students may email dacamera@msmu.edu with a valid student I.D. for a $10 ticket code. A limited number are available.