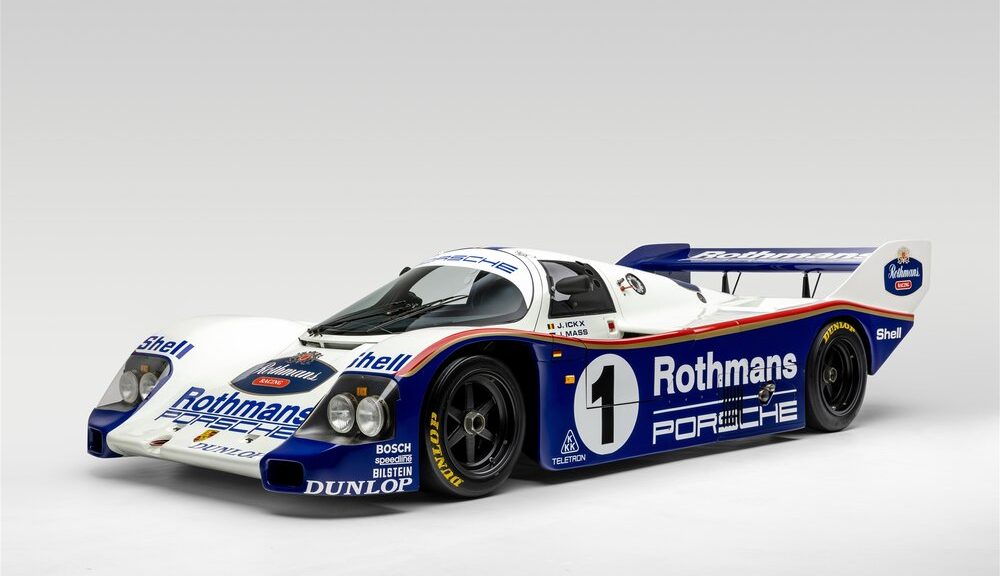 Los Angeles, Calif. – Petersen Automotive presents an exclusive evening of Porsche 962 and 956 on Oct. 21, 2021! Discover the history of Porsche racing from the racers and legends themselves, Patrick Long and Alwin Springer!

Sip on cocktails and enjoy light refreshments as you enjoy the city views in our Penthouse Pavillion!  All cocktail reception tickets come with an exclusive Prototype Giants mug.  Don’t miss out on this one-of-a-kind evening!

Can’t make it in person? Enjoy the festivities online!

Members receive a 10% discount on all ticket variants. Please contact Alec Moore at amoore@petersen.org or (323) 964-6367 for more information.

Patrick Long is one of the most accomplished sports car drivers of his generation. Since 2003, Long has served as the lone American on Porsche’s roster of factory drivers. Long has captured victory at the world’s biggest sports car races – winning at the 24 Hours of Le Mans, the Rolex 24 at Daytona, 12 Hours of Sebring, Petit Le Mans, and the 12 Hours of Bathurst. Long is also a three-time American Le Mans Series champion and two-time Pirelli World Challenge champion. Long is also the creator of Luftgekuhlt. Created as a celebration of air-cooled Porsches, Luftgekuhlt has become one of the most anticipated auto events of the year.

Prototype Giants | About the Exhibit

The Porsche 956 was built to comply with the 1982 FIA World Sportscar Championship (WSC)’s new Group C regulations and was the first racing car to feature an aluminum monocoque chassis and ground effect aerodynamic elements. Factory 956s won the 24 Hours of Le Mans that year, leading every lap and taking first, second and third place. In 1983, a 956 driven by Stephen Bellof set the overall lap record at the Nürburgring Nordschleife, which stood for 35 years until a modified Porsche 919 Hybrid eclipsed it in 2018.

// EVENT SUBJECT TO CHANGE WITHOUT NOTICE //