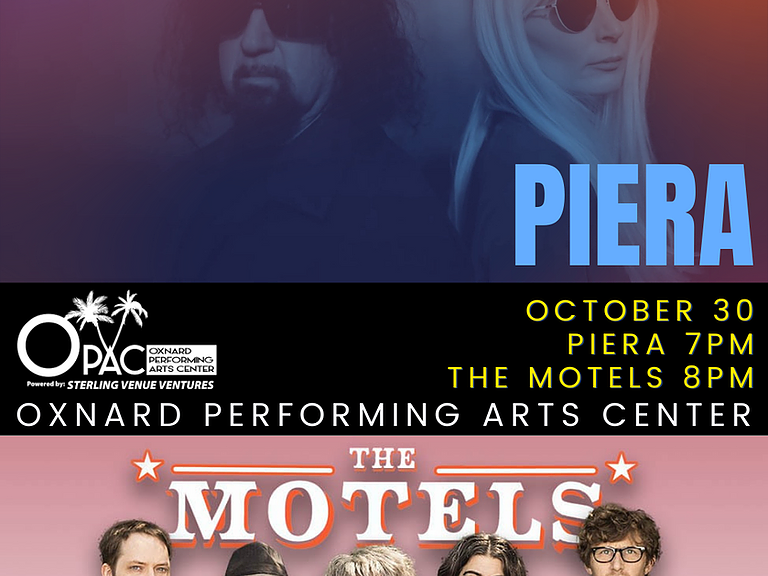 PIERA just came off from 5 stellar shows, opening for 80s iconic synth group, Berlin, on August 7th in Montclair, and The Untouchables and Bow Wow Wow on September 3rd in Santa Clarita (both at The Canyon nightclubs in SoCal), and on September 10th headlining at The Silverlake Lounge, and was just part at the iconic Punk Museum founder, Tequila Mockingbird’s “Sunday Club”, at the Oracle Tavern in Downtown Los Angeles on September 26 as part of her annual Dada Bauhaus Masquerade Ball, and opening for Oingo Boingo on October 8 at The Canyon in Santa Clarita. Almost instantaneously, PIERA has carved their own niche and established themselves as one of LA’s most promising pioneering new acts to watch. They are cultivating a new sound blending psychedelic, indie-synthpop, krautrock, Avant-Garde, and industrial pop. With a seemingly miraculous trajectory, the overwhelmingly positive press response to the release of their new music video “Unraveling” filmed in quarantine, and with only a few shows under their belts,

PIERA is captivating new audiences in the post-pandemic era. Within a few short months, PIERA has been featured in numerous press outlets including the award-winning California Rocker and favorably compared to singer Terri Nunn, as well as seen on the cover of the Arts & Entertainment section of DTLA News, in addition to many articles and blogs such as Strutter’Zine, Future Producers, Sonic Scoop, Music-News, Music Connection Magazine, and many more. Coming soon PIERA will have a special feature in Music Connection Magazine and on the Artistic Voice podcast. PIERA has already been picked up by the airwaves broadcasting nationally on more than 50 college radio stations in recent months, in addition to building a global streaming audience reaching into Europe, South America, and the UK. PIERA will be doing some incredible shows for the rest of this year, The Motels at The Oxnard Performing Arts Center on October 30th, and A Flock of Seagulls at The Canyon in Agoura on December 10th. It’s apparent that PIERA is on some sort of meteoric rise.

Vents Magazine
Cosmic Reaction – An Experimental Psychedelic Art Collage Video
(About The Video – In 2018 PIERA went to Puerto Rico to film their video for Cosmic Reaction. Some parts were also filmed in Joshua Tree, and some in and around the Los Angeles area. The entire PIERA album is very cosmic and mystical and sparked a desire in Klein to showcase her character/avatar waking up in different worlds – each environment in high contrast to the next, from the Puerto Rican Jungle of El Yunque to the high California desert, and back home to the rolling hills of Echo Park. The experimental psychedelic art collage was a true collaboration between friends, Piera, her best friend Adrian Arredondo, and Micah Plissner.)