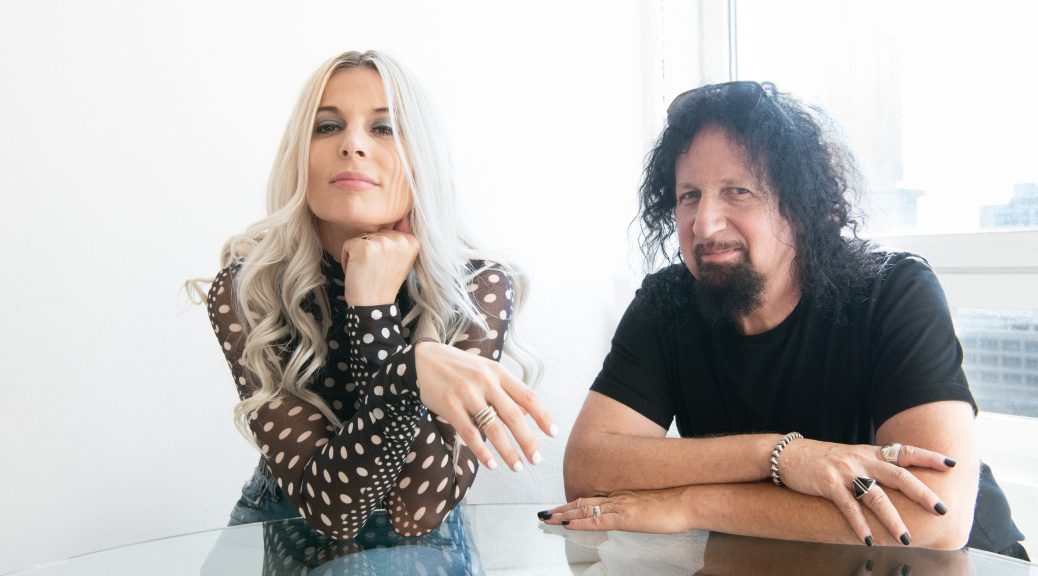 Los Angeles, Calif.- Santa Clarita, Calif. – A breathe of fresh air, that is what the Synth Pop Duo PIERA brings to the stage. With their voluminous otherworldly soundscapes and Piera Klein’s mystical energy met with powerful and pure vocals and lyrics, the duo immersed the crowd in an ocean of ambient electronic sounds, catapulting the unsuspecting audience into another dimension.

With much applause and fixation on the stage, PIERA held the room.

PIERA offers a welcomed alternative sound experience to the played-out music scene in Los Angeles, and around the world. PIERA has proven they can go head-to-head with the best of all the creative music legends. They pluck new and original inspirations from across the spectrum –80s, Psychedelic, Goth, Indie-rock, Punk and Synthpop — and everything between, capturing little nuances of retro music that seems to be reborn for the modern age. This show had all of the necessary ingredients to make their huge audience wanting more.

Opening for Oingo Boingo is a big responsibility, but PIERA showed up in a big way, capturing the audience and creating many new fans and followers, many of them coming to get a glimpse at their meet and greet and gushing over their new music crush. It’s a testament to how talented both members of PIERA truly are.

Both Micah and Piera are as individual as it gets, but somehow they manage to make it work, PIERA’S music is very distinctive, every song on the album is a singular masterpiece on it’s own. Micah says, “I think everything comes from the spiritual and manifests into the physical, including music. The more in touch you are with the spiritual side of yourself, the more your creativity will explode”.

Singer/songwriter/producer, Piera Klein and songwriter/producer Micah Plissner aka PIERA have a blending of tone, pitch and composition in their music and vocals, that you just don’t hear every day. It is unique, special, puregenius. There’s a retro mystery experience that connects everything you feel about modern music in PIERA’S sound. Super fans are highly anticipating this next single, “Cosmic Reaction”, hit terrestrial college radio and Spotify, climbing significantly up the charts.

The self-titled album “PIERA” was co-written and produced by Micah and Piera, The single “Cosmic Reaction” – was released in May and quickly climbed up the triple A and College charts. The vision was to create an epic cosmic soundscape that would take the listener on a ride into another dimension, which was greatly achieved. Micah says, “It was originally inspired by psychedelic garage bands like Love, The Sonics, Sky Saxon, and The 13th Floor Elevators and somehow morphed into this. At the same time we wanted to showcase Piera as the interstellar mystic that she is. She definitely has a cosmic energy about her.”

Piera Klein vocals are haunting and pure, a cross between Sade, Terri Nunn, and Enya; but with a more sultry vibe. Piera Klein is also a passionate activist and plays a supportive leadership role in the Los Angeles based non-profit “Visionary Women”.

Micah and Piera collaborated on the album in different ways, Piera says, “We are an executive committee of 2, requiring both of us to be in full agreement on each song in each stage of production. We both compose melodies, and write lyrics, as well as produce. One rule we have is that if one of us doesn’t like an idea in a song, it gets immediately scratched without an argument. We really trust one another’s instincts and it keeps us moving forward like lightning”.

Both Micah and Piera are as individual as it gets, but somehow they manage to make it work, PIERA’S music is very distinctive, every song on the album is a singular masterpiece on it’s own. Micah says, “I think everything comes from the spiritual and manifests into the physical, including music. The more in touch you are with the spiritual side of yourself, the more your creativity will explode”.

PIERA is breaking all the rules; with their lyrics you get a snapshot into their private lives, these super sleuths are investigating life and the pursuit of happiness, in a new, unusual way. Piera Klein says, “By following our inner guide, having patience, being willing to learn and grow, and ultimately being unafraid to pursue our true inspirations regardless of what’s trendy at the moment”.

80’s, Alternative, Dark Synth, Avant-Garde, Rock, Art House, EDM, all good descriptions of PIERA’S music, what ever you want to call it, PIERA is carving out a niche for their own breed of music; with many accomplishments they are well on they’re way to becoming a household name.