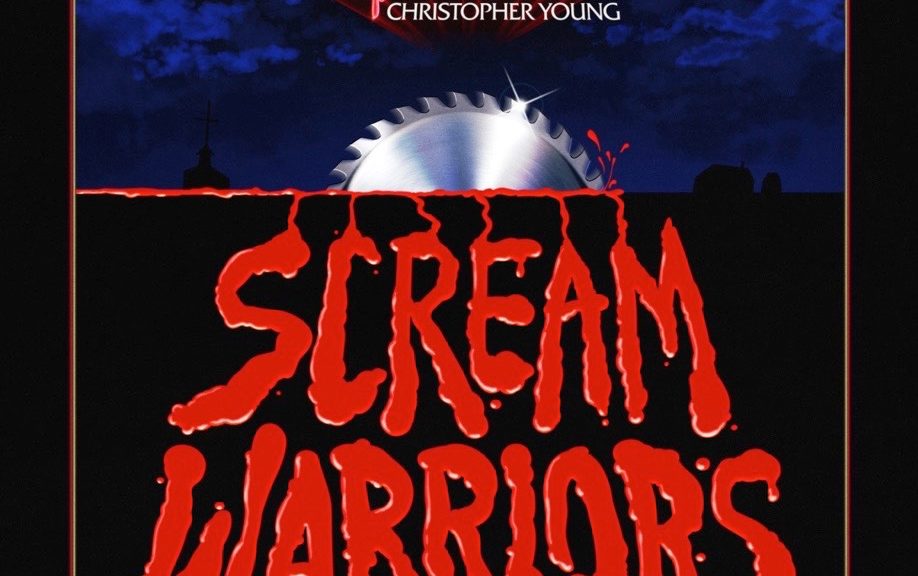 What happens when you combine the world’s top songwriters, a legendary horror film composer, and cutting-edge immersive sound? The answer is ‘Scream Warriors’ in Dolby Atmos by LVCRFT & Christopher Young, “the most terrifying album ever made,” out September 30th on all digital platforms. The sinister spawn of spooky-obsessed hitmakers – responsible for crafting songs like “Teenage Dream” by Katy Perry, “Halo” by Beyonce, “Dynamite” by Taio Cruz, and “Levitating” by Dua Lipa – and featuring terrifying orchestrations and interludes by Christopher Young (Hellraiser, Nightmare On Elm Street 2, Sinister, etc.) – ‘Scream Warriors’ was mixed in Dolby Atmos, creating an immersive listening experience by revealing incredible details that can be heard and felt all around you.

“Think of the album as a soundtrack to a horror film that hasn’t been made yet,” comments LVCRFT songwriter Evan Kidd Bogart, AKA Lil’ Punkin, who when he isn’t writing ghoulish hits can be found writing smashes for the living like “Halo” by Beyoncé. “We really tried to create a listening experience that was groundbreaking and pushed the boundaries of an audio-visual listening experience. We wrote the music and then collaborated with Christopher and his team to orchestrate and sound design a universe of sonics that fully support the album’s story narrative – before, after, in between, and even within our songs.”

“In the past our music was fun and jaunty – think “I Put A Spell On You” or “Somebody’s Watching Me,’” adds producer Peter Wade, AKA Norman Crates. “This year we wanted to create something truly scary.”

The fourth installment in a series of Halloween releases – featuring hook-filled ghoulish pop bops to shake and wake the dead and undead, alike – ‘Scream Warriors’ is just the latest project from the Halloween obsessed hitmaker collective LVCRFT, whose mantra “spooky never sleeps” showcases the power of spooky to lift the spirits all year long. LVCRFT first made waves in 2019, when their single “Skeleton Sam” became a cult hit, leading GQ to call their 2019 debut ‘This Is Halloween Volume 1,’ “a clear ancestor of iconic Halloween hits like ‘The Monster Mash’ & ‘Thriller!,’” and Paper Magazine to call their 2020 follow-up “a perfect Halloween album.”

Since then, LVCRFT has become a dominant force in the spooky community, adored by legions of Halloween obsessed fans and music lovers, and a highly coveted songwriting commodity for film, TV, immersive events, and more. The excitement around the project has yielded partnerships with Netflix – most notably for their Chilling Adventures of Sabrina Season 3 and Adam Sandler’s Hubie Halloween – and Freeform, as LVCRFT was asked to craft the theme-song for the network’s popular 31 Nights of Halloween programming for three years in a row (listen to this year’s theme, a cover of Andrew Gold’s “It Must Be Halloween”). 2021’s album ‘The Return’ spawned a national campaign around the filming of the first official LVCRFT music video in a Spirit Halloween store and also led to LVCRFT’s very own Halloween-themed radio show on SiriusXM’s Volume, with Lyndsey Parker and AFI’s Davey Havok.

The members of LVCRFT have become fixtures at Halloween conventions around the country and beloved members of the spooky sub-culture, appearing live in-person and providing music for the events. In addition to ‘Scream Warriors,’ 2022 has found LVCRFT partnering with Saint from the Boulet Brothers Dragula, who starred in their “Half-O-Ween” and hosted an insane “Midsummer Scream” costume contest in July. Their recent single “Pumpkin Spice Everything” pays tribute to the annual Halloween season obsession, and the group just announced that their song “Skeleton Sam” will be featured in Disney’s upcoming Hocus Pocus 2 film. They’re even creating a scream library of spooky sound effects “of the community, for the community” to be used in immersive spaces, films, and wherever else spooky sounds are needed.

The members of LVCRFT are all LA natives who met over the years at various Halloween events – Hollywood horror nights, haunted houses, and other spooky events – and who bonded over their individual careers as hit songwriters. After hearing the same songs played at these events countless times, they thought, “We grew up listening to all of these old [Halloween] songs that we loved, but they’re old songs. Why haven’t there been new ones?” They arranged a studio, decked it out in Halloween gear, and wrote their 2019 debut within a week.