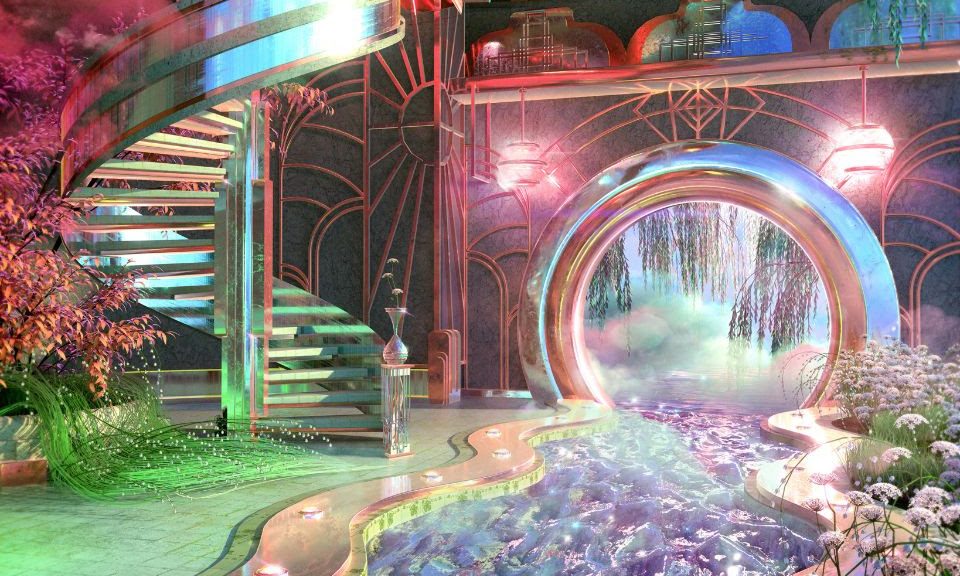 Los Angeles, Calif. – The LA Art show is thrilled to present a special Summer Edition next week, July 29th – August 1st.  In the show’s 26th year, the LA Art Show remains one of the most popular art shows with 65k visitors per year. Under the new direction of Kassandra Voyagis and returning curator Marisa Caichiolo, the show has pivoted with a hard focus on what’s now, taking a closer look at some of the latest technological trends in the art world, while still offering a traditional lens for art from around the globe.

The Future Is Here

After 25 years of traditional programming, the LA Art Show is taking a big leap into the world of tech! Although the more conventional elements of the show will remain, LAAS is leading the pack by integrating some of the latest trends in the art world.

n order to supply the most comprehensive and accessible NFT introduction, the show has partnered with SuperRare as official marketplace partner, meaning patrons will be able to purchase the work immediately at the fair with the help of experts, removing anxiety surrounding the new kind of transaction. It will also be the first public appearance of StandardVision newest product, Luma Canvas, a museum-grade display designed for showcasing NFTs and digital art.

Sea Change will feature the works of 12 new media artists, whose work embraces our inevitable technological immersion, exploring the new language, materiality, and logic of the metaverse.

One of the most highly-anticipated traditional elements of the show is getting an upgrade as well, with the return of DIVERSEartLA. This important part of the fair, curated by Marisa Caichiolo, leads with a focus on the presence, contributions, research and documentation of women artists at the forefront of work at the intersection of art, science and technology represented by guest Museums and Institutions.

Continuing the theme of juxtaposing old and new, this fan-favorite section will expand upon previous years into new, more interactive and technological ground:

San Marcos Museum of Art (MASM)from Lima, Perú, which will bring a new media project by Peruvian artist Angie Bonino. “THE SYMPHONY OF NOW,” consists of a video installation, and interactive sound installation focusing on the Andean techno de-colonial shamanism.

Art Museum of the Americas (AMA) has joined with a special project curated by Fabian Goncálves, that will feature a compilation of material and an exhibition of the work of women artists who have played a central role in the development of new media practices throughout history.

Now Art LA and Building Bridges Art Exchange have joined forces as local non-profit organizations to exhibit the work Agua by Luciana Abait, a video projection created as part of LUMINEX Project by Now Art LA. This work is inspired by the flood-myth motif that occurs in many cultures, in which water acts a healing and rebirth tool, often referencing ideas of creation, purification, and sustaining life. The projected FLOOD will run down the main aisle of the LA Art Show

The most unconventional and anticipated contribution to the section is Tiffany Trenda, a multidisciplinary performance artist, known for exploring the relationship of the female body to today’s ever-changing technologies.

While we won’t have as many international galleries, we have managed to bring together a fantastic roster of galleries that celebrate the experimental vibe that is LA.

In planning this standout return to in-person programming, the LAAS will not only continue its six year partnership with St. Jude Children’s Research Hospital® but expand their collaborative mission, with the LA Art Show donating 15% of not only opening night tickets, but all ticket proceeds this year to its life saving mission.

Citibank is also returning with Virtual Gallerist Talks, a series of in-person and live-streaming events and discussions highlighting some of the LA Art Show’s most popular galleries. In a coordinated effort, there will be both an in-person presence and a virtual experience, focusing on five selected galleries. This series gives viewers an in-depth look at the curation of each show, with spirited dialogue about each piece.