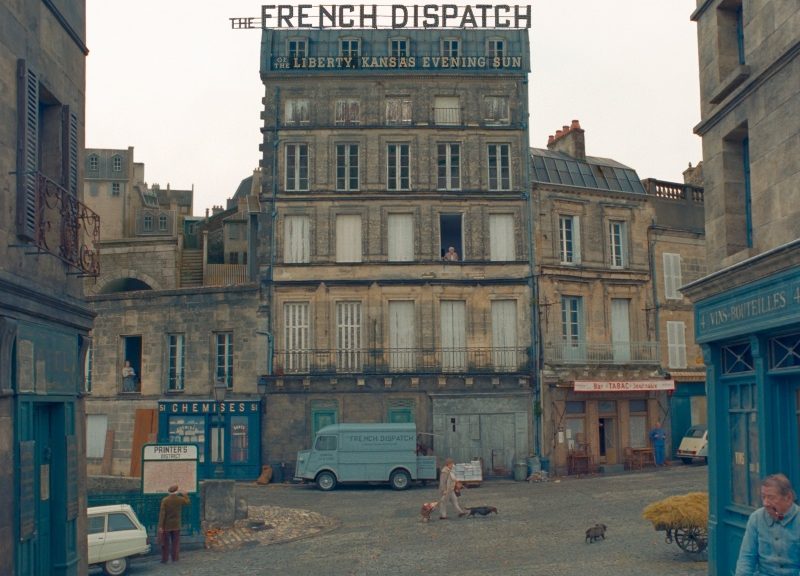 ‘The French Dispatch’ and ‘The Power of the Dog’ complete the Perlak selection.

Donostia-San Sebastián Spain – Two new titles join the Perlak section at San Sebastian Festival’s 69th edition: The French Dispatch, Wes Anderson’s latest film, presented at Cannes, and The Power of the Dog, marking the return of filmmaker Jane Campion, to have its premiere shortly at Venice Festival. Both films will compete for the City of Donostia / San Sebastian Audience Award.

The French Dispatch, telling a story set in an outpost of an American newspaper, comes with an ensemble cast including Timothée Chalamet, Adrien Brody, Bill Murray, Tilda Swinton, Frances McDormand and Benicio del Toro. This will be Anderson’s first participation in the Perlak section, although his films Rushmore (2012) and Fantastic Mr. Fox (2009) were included in the Very Funny Things. New American Comedy and Animatopia. The new paths of animation cinema retrospectives, respectively.

The Perlak section will also include The Power of the Dog, shortly to compete for the Golden Lion at Venice Festival. Jane Campion’s new film, taking its inspiration from the homonymous novel by Thomas Savage, follows a confrontation between brothers embodied by Benedict Cumberbatch and Jesse Plemons, accompanied in the cast by Kirsten Dunst and Kodi Smit-McPhee. Among other awards, the moviemaker from New Zealand also won the Special Jury Prize at the Mostra with An Angel at my Table (1990) and the Palme d’Or at Cannes with The Piano (1993), which also carried off three Academy Awards, including Best Original Screenplay.

Perlak is a selection of the year’s most outstanding features, not yet screened in Spain, and to have received critical acclaim and/or awards at other international festivals. The films compete for the City of Donostia / San Sebastian Audience Award, including two prizes for the distributors of the film in Spain: one for Best Film (50,000 euros) and the other for Best European Film (20,000 euros).

Charismatic rancher Phil Burbank inspires fear and awe in those around him. When his brother brings home a new wife and her son, Phil torments them until he finds himself exposed to the possibility of love.