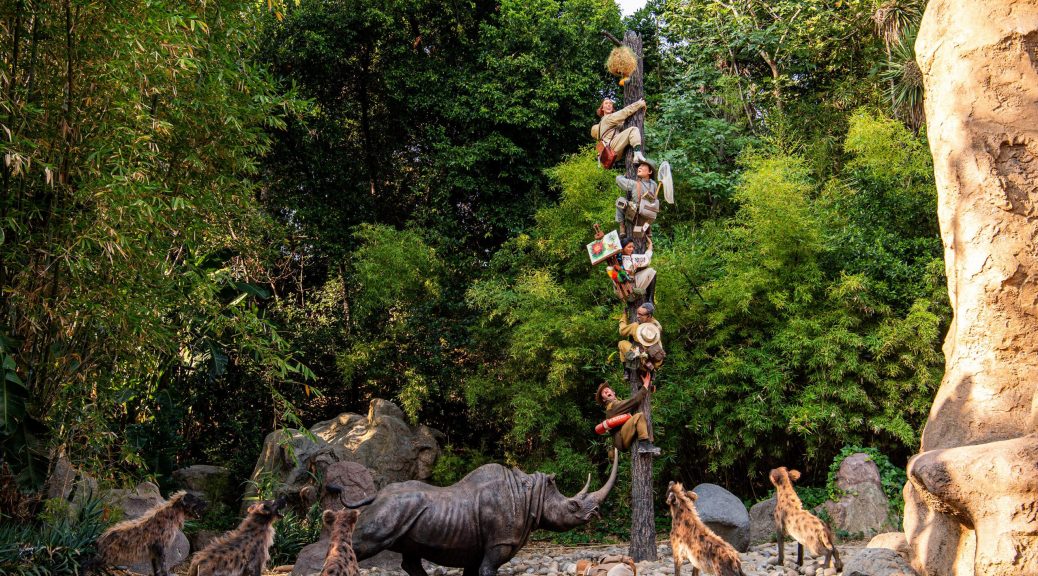 Anaheim, Calif. July 16, 2021 – The world-famous Jungle Cruise at Disneyland Park officially reopens on July 16, 2021, with new adventures, an expanded storyline and more humor as skippers take guests on a tongue-in-cheek journey along some of the most remote rivers around the world. The new creative concept is original to Walt Disney Imagineering, just like the classic attraction itself.

Changes to this attraction also are underway in Magic Kingdom Park at Walt Disney World Resort, with completion expected later this summer.

“We’re excited to be building on the story of the Jungle Cruise to include new adventures that stay true to the experience we know and love, while adding more humor, more wildlife, and an interconnected story,” said Chris Beatty, an Imagineer who led creative development of the enhancements. “As part of creative development, we’ve also introduced characters from around the world and took a thoughtful approach to ensure accurate representation of cultures in our story.”

The world-famous Jungle Cruise skippers return to share the unique adventure and interactions that guests expect on this expedition in Adventureland. New scenes have fun with the legendary comedic tone of the attraction, and some unexpected scenarios give the jungle and the animals the last laugh!

What’s new: Disney Imagineers have a longstanding history of updating attractions at the Disneyland Resort and Disney Parks. The expanded backstory centers around Alberta Falls, the granddaughter of the world-renowned Dr. Albert Falls, who is now proprietor of the Jungle Navigation Company Ltd. New scenes include:

Don’t miss: Jungle Cruise skippers incorporate plenty of gags as they narrate “wildlife” scenes for guests who have boarded a canopied tramp steamer, leaving civilization behind.  Those scenes include:

Changes through the years: The tone of the attraction was more serious when it opened, on the first day Disneyland Park welcomed guests in 1955. The river has changed course through the years and additions included the elephant bathing pool, gorillas in the safari camp and a new piranha scene.

Imaginative landscaping: The foliage is designed to look as if it had been created by nature. Since 1955, the Jungle Cruise vegetation has evolved into its own tropical jungle with three levels: the upper canopy, the understory and the forest floor. The “father” of the attraction’s jungle was horticulturist and Disney Legend Bill Evans, who directed the landscaping of much of Disneyland in the 1950s.