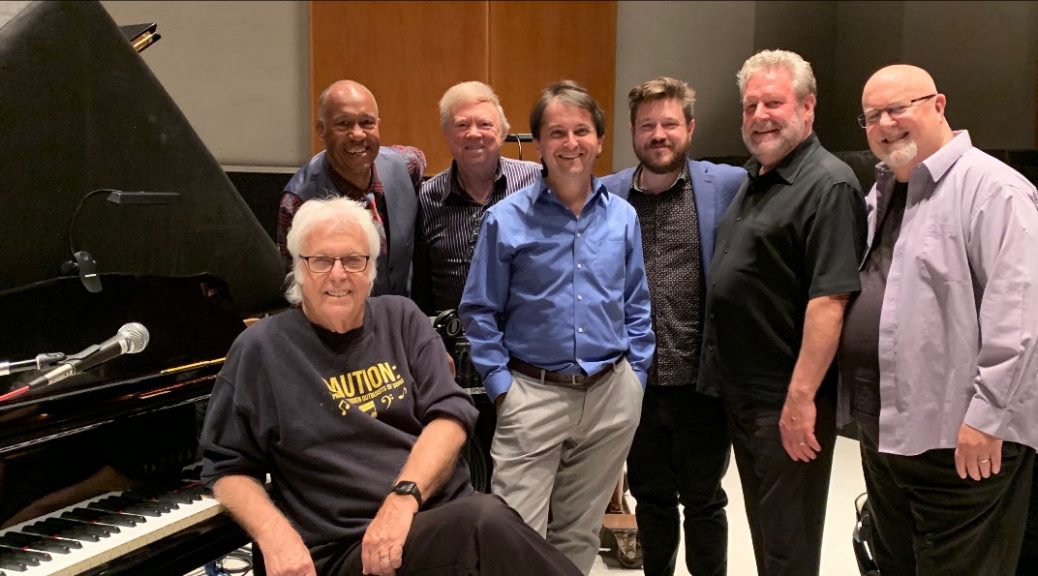 Las Vegas, Nevada. – Long revered as “The Singer’s Singer,” the tireless artist Jack Jones shows no signs of slowing down. His latest release, Every Other Day I Have the Blues, finds the multi-Grammy-winning singer co-producing, this time, with Tom Scott and executive producer/ Cavalry Productions founder, Paul Lowden.

“Tom Scott did a masterful job in helping me put this record together,” Jack Jones begins. “Joined by John Clayton, Jeff Hamilton, Tamir Handelman, and Graham Dechter, I couldn’t have been in better company. Special thanks to Dave Tull for writing the title track, and Keb’ Mo’ for bringing an undertone of humor to the project.  And to Paul, Sue, and Chris Lowden of Calvary Productions, thanks for giving this project wings,” the singer concludes.

“The concept for “Every Other Day I Have The Blues” was inspired at a gig in the lounge of the ritzy Balboa Bay Club in Newport Beach, California…..Driving home that night the song was born.” – Jack Jones

In his album notes, noted jazz critic Will Friedwald of The Wall Street Journal/Vanity Fair writes, “The blues deserve the velvet voice — and formidable depth of interpretation — of Jack Jones.  It’s hardly surprising that Mr. Jones should surprise us with a new album of fresh songs that all have ties to blues form and harmony, delivered with stunning arrangements, and a swinging band and soloists.  With Every Other Day I Have The Blues, he increases our understanding of this fundamental yet formidable musical form.”

The title track that inspired the album was written by veteran drummer, composer, and singer David Tull (Barbra Streisand, Chuck Mangione, Maynard Ferguson). “The concept for “Every Other Day I Have The Blues” was inspired at a gig in the lounge of the ritzy Balboa Bay Club in Newport Beach, CA. From the drums, I overheard a gentleman complaining to his friend about how much he was having to spend on repairs to his yacht. I turned to the saxophonist, Tom Kubis, and said, ‘Man, these people have no idea what the blues are!’ Then, thinking of Joe Williams’ iconic “Every Day I Have the Blues” I said, ‘Maybe they just get the blues every other day!’  Driving home that night the song was born,” he explains.

The album is available through cavalryproductions.com and favored music outlets like iTunes and amazon.com.

Jones‘ illustrious career in the entertainment industry includes two Grammy Awards, an Emmy Award, a Star on the Hollywood Walk of Fame, and his score of hit records.  Though best known as a masterful singer, his countless TV and movie appearances further reinforced Jack Jones as a household name.

Jones continues to sell out performances around the globe in venues ranging from jazz clubs, performing arts centers, and casinos, to the London Palladium.  Jones recorded an astonishing 80 albums and produced dozens of hits including: “The Impossible Dream,” “Lollipops and Roses,” “Call Me Irresponsible,” “The Race is On,” “If You Ever Leave Me,” “I’ve Got a lot of  Living to Do,” “Lady,” and “The Love Boat.”

Beloved by his fans and admired by his peers, Tony Bennett calls him, “one of the great interpreters of the American Songbook, and he’s singing better and better.” Mel Torme dubs him, “the greatest ‘pure’ singer in the world.”  And Paul Williams declares, “he doesn’t just perform a song, he lives it!” The New York Times describes Jones as, “arguably the most technically accomplished male pop singer.”

Jones will be accompanied by a formidable force of world-class jazz musicians including Christian Jacob, Chris Colangelo, Kendall Kay, and Paul Lowden.