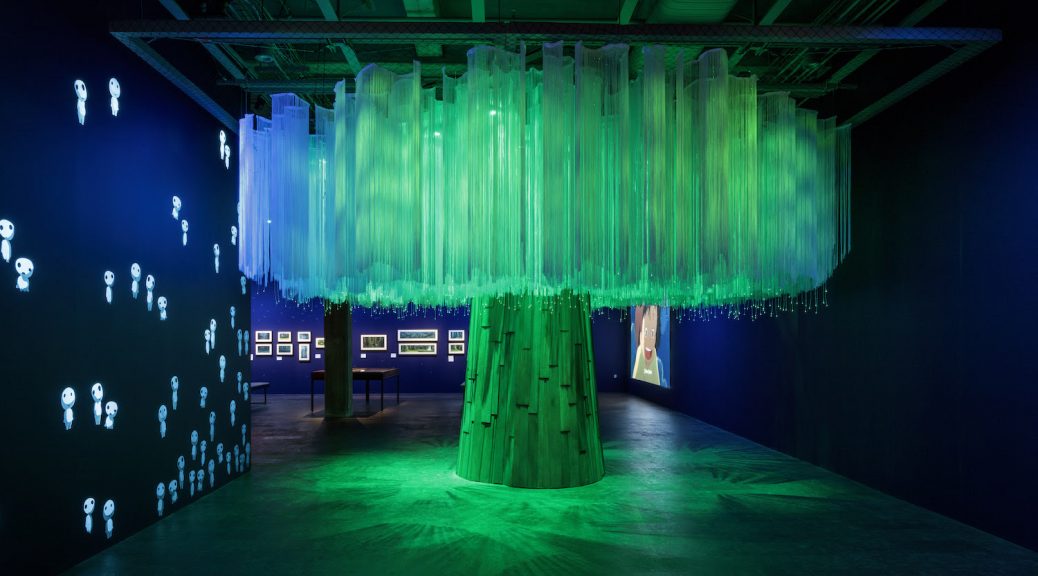 Los Angeles, Calif. – Hayao Miyazaki, the Academy Museum’s acclaimed exhibition, will close on June 5, 2022. Marking the first museum retrospective in North America dedicated to the legendary filmmaker and his work, the exhibition has been on view since the museum’s opening on September 30, 2021.

Presented in the museum’s Marilyn and Jeffrey Katzenberg Gallery on Level 4, the exhibition features approximately 300 objects from Miyazaki’s animated feature films, including My Neighbor Totoro (1988) and the Academy Award®-winning Spirited Away (2001).

Thematically organized in seven sections, the exhibition is designed as a journey. Visitors travel through Miyazaki’s six-decade career via a dynamic presentation of original imageboards, character designs, storyboards, layouts, backgrounds, posters, and animation cels, as well as large-scale projections of film clips and immersive environments. June 5 is the last day visitors will be able to see many of these objects in person—a rare and exclusive opportunity as many have never been on view outside of Japan.

Highlights of the exhibition include the entry corridor where visitors follow 4-year-old Mei, a character from My Neighbor Totoro, into the Tree Tunnel gallery, a transitional space that leads into Miyazaki’s enchanted worlds; the Sky View installation, where visitors can enjoy a moment of quiet contemplation, addressing another frequent motif in Miyazaki’s films—the desire to reflect and dream; and the immersive Magical Forest with its Mother Tree installation. Standing at the threshold between dream and reality, colossal, mystical trees in many of Miyazaki’s films represent a connection or gateway to another world. In the forest, visitors will discover spirits appearing and disappearing and be able to read some of Miyazaki’s poetry.

Hayao Miyazaki was curated by the museum’s Exhibitions Curator Jessica Niebel and Assistant Curator J. Raúl Guzmán, and organized in collaboration with Japan’s Studio Ghibli, which Miyazaki co-founded in 1985.

FILM SCREENINGS
In celebration of the final months of the exhibition Hayao Miyazaki, the Academy Museum is screening key films by the director. All will screen in the David Geffen Theater on English-subtitled 35mm prints, most newly-struck by the Academy Film Archive.

STORE
The Academy Museum Store carries a wide selection of merchandise inspired by Hayao Miyazaki and Studio Ghibli, including the exhibition catalogue and other items exclusive to the Academy Museum.

General admission tickets for the museum’s exhibitions are $25 for adults, $19 for seniors (age 62+), and $15 for students. Admission for visitors ages 17 and younger, and for California residents with an EBT card is free.

Exhibition Credit: Hayao Miyazaki is presented by the Academy Museum of Motion Pictures in collaboration with Studio Ghibli. It is organized by Academy Museum of Motion Pictures Exhibitions Curator Jessica Niebel and Assistant Curator J. Raúl Guzmán. Technology solutions generously provided by Christie®. Major support comes from Arthur and Gwen Hiller, Jocelyn R. Katz, Company 3, and GKIDS. This exhibition is also supported, in part, by the Los Angeles County Board of Supervisors through the Los Angeles County Department of Arts and Culture. Special thanks to the Japan Foundation for their partnership.

In March, the Academy Museum announced the first round of exhibition rotations, which are scheduled for the 2022–2023 season. These rotations further the museum’s mission to advance the understanding, celebration, and preservation of cinema through dynamic and diverse exhibitions. More information about these rotations can be found here. 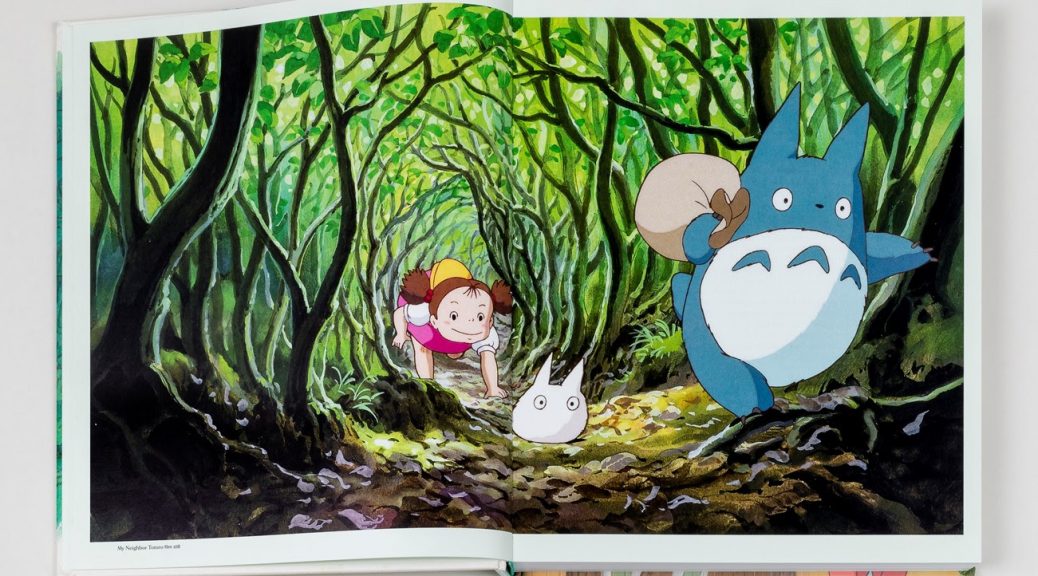 Los Angeles, Calif. – The Academy Museum of Motion Pictures announced today its plans for the publication of three debut catalogues on the work of legendary moviemakers Hayao Miyazaki , Spike Lee, and Pedro Almodóvar, whose careers will be celebrated when the museum opens its inaugural exhibitions to the public on September 30, 2021. The three volumes will be copublished with DelMonico Books and distributed worldwide by D.A.P. Artbook.

Bill Kramer, Director and President of the Academy Museum, said, “These first Academy Museum publications are a lasting record of our extraordinary inaugural exhibitions and our dynamic collaborations with Hayao Miyazaki and Studio Ghibli and filmmakers Spike Lee and Pedro Almodóvar. Like the exhibitions, these catalogues will bring readers closer to the filmography, art, influences, and careers of these remarkable artists.”

Academy Museum of Motion Pictures Chief Artistic and Programming Director Jacqueline Stewart said, “Launching the Academy Museum’s publishing program with books dedicated to the work of Hayao Miyazaki, Spike Lee, and Pedro Almodóvar is a testament to the museum’s commitment to exploring the full range of moviemaking and furthering scholarship on the history of film. Each book is beautifully illustrated and includes overviews by the exhibition curators alongside original texts by scholars, journalists, and the artists’ contemporaries that will give readers new insights into the work of these extraordinary film artists.”

The richly illustrated catalogue Hayao Miyazaki is published in partnership with Studio Ghibli. It will be available through the Academy Museum Store on September 7, 2021. Marking the museum’s eponymous inaugural temporary exhibition, the publication features hundreds of original production materials, including artworks never seen outside of Studio Ghibli’s archives in Japan. The 288-page hardcover book illuminates Miyazaki’s creative process and animation techniques through imageboards, character designs, storyboards, layouts, backgrounds, and production cels from his early career through all 11 of his feature films, including My Neighbor Totoro (1988), Kiki’s Delivery Service (1989), Princess Mononoke (1997), Spirited Away (2001), and Howl’s Moving Castle (2004). The bookfeatures a foreword by producer and Studio Ghibli cofounder Toshio Suzuki along with texts by Pixar Chief Creative Officer Pete Docter, Cologne-based journalist and film critic Daniel Kothenschulte, and Academy Museum Exhibitions Curator Jessica Niebel. Hayao Miyazaki is designed by Jessica Fleischmann/Still Room and copublished with DelMonico Books.

Spike Lee: Director’s Inspiration, available in April 2022, brings Lee’s Academy Museum gallery to life. It delves deeply into items from Lee’s personal collection, which will be on view at the Academy Museum, and offers insight into the Academy Award® -winning writer-director’s heroes, influences, and collaborations. The book features a new conversation between Lee and director Shaka King, an introduction by exhibition curator Dara Jaffe, and reflections by composer and musician Terence Blanchard, casting director Kim Coleman, director and producer Cheryl Dunye, actor Giancarlo Esposito, artist Isaac Julien, actor Rosie Perez, director Patrik-Ian Polk, screenwriter and director Dee Rees, actor, director, and writer Roger Guenveur Smith, artist Martine Syms, and production designer Wynn Thomas. The publication offers insight into the many creative and social legacies that have shaped Lee’s filmmaking approach, presenting items from Lee’s personal collection including original film posters and objects, photographs, and artworks, many of which were personally inscribed to him by people who have inspired his work. Spike Lee: Director’s Inspiration is the first volume in a series that will focus on preeminent directors and the things that inspire them, with new titles to be published every fall.

Also available in April 2022, Pedro Almodóvar: Installation includes a foreword by actor Tilda Swinton, a conversation between Academy Award®-winning writer-director Almodóvar and film journalist Rachel Handler, essays by producer Agustín Almodóvar and Academy Museum curators Jenny He and J. Raúl Guzmán, and an illustrated filmography. The 300-page catalogue Pedro Almodóvar: Installation is bilingual (Spanish and English) and filled with hundreds of images. Largely image-based, the book features visual chapters devoted to each of the 12 large-scale video montages Almodóvar created for the Academy Museum, which distill his forty-year filmography around key themes and scenes including family, bodies, guilt and pain, mothers, musicals, and religious education.# # #For high-resolution images and an electronic press kit, please visit academymuseum.org/press.