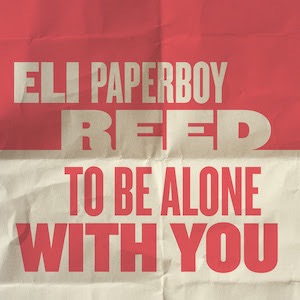 “On the occasion of his 80th birthday, so much of the discussion of Bob Dylan’s career and longevity will be centered, understandably, around the poetry of his lyrics,” says  Eli Paperboy Reed. “Even the most original stylists, though, have influences, and Dylan did not emerge fully formed. Examples of the influence of Rhythm and Blues on his writing can be found throughout his career. When I heard “To Be Alone With You” for the first time, it was obvious to me what he was going for, and where he was coming from. I didn’t change much, I just took the song to what I felt was its natural conclusion.

Los Angeles, Calif. – In celebration of Bob Dylan’s 80th birthday, Eli Paperboy Reed puts his own soulful spin on the poet laureate’s “To Be Alone With You” from 1969’s Nashville Skyline. The single is available today; listen here.

I hope that Dylan, being the R&B fan that he is, will enjoy my rendition.”  Recorded and mixed by Vince Chiarito at Hive Mind Recording, the track was produced by Eli Paperboy Reed who, also provides guitar and vocals on the track. He was joined on the recording by Vince Chiarito (bass), Noah Rubin (drum), Billy Aukstik (trumpet), and Mike Buckley (saxophone).