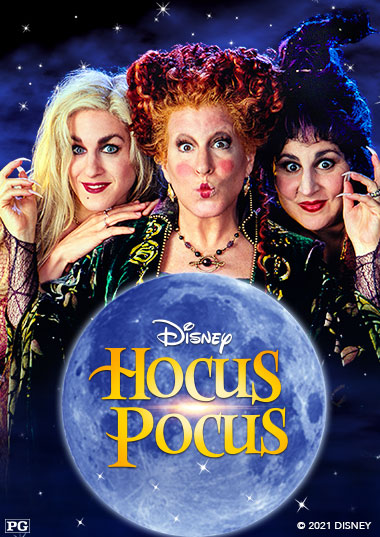 Hollywood, Calif. – Happy Halloween is coming to The El Capitan Theatre in Hollywood! There’s still time to get your tickets to see Coco, Sept. 24 – 27; Hocus Pocus, Oct. 1-7 and Nightmare Before Christmas, Oct. 8 – Oct. 17.

In Disney/Pixar’s COCO, a vibrant tale of family, fun and adventure, aspiring young musician named Miguel (voice of newcomer Anthony Gonzalez) embarks on an extraordinary journey to the magical land of his ancestors. There, the charming trickster Hector (voice of Gael Garcia Bernal) becomes an unexpected friend who helps Miguel uncover the mysteries behind his family’s stories and traditions. Stay after the movie to see the new “Star Wars: Visions” short The Village Bride.

In Disney’s Hocus Pocus, Academy Award® nominee Bette Midler (Best Actress, 1991, For The Boys) stars with Sarah Jessica Parker (Sex And The City) and Kathy Najimy (The Wedding Planner) as three wild witches who return from seventeenth-century Salem for a night of zany fun and comic chaos. After they’re conjured up by unsuspecting pranksters, the tricky trio sets out to cast a spell on the town and reclaim their youth. But first they must outwit three feisty kids determined to foil their scheme! Filled with bewitching laughs and magic, this hilarious film is perfect for the whole family! Enjoy specialty concession items, a prop display from both “Hocus Pocus” and “The Nightmare Before Christmas” & photo ops!

Bored with the same old scare-and-scream routine, Pumpkin King Jack Skellington longs to spread the joy of Christmas. But his merry mission puts Santa in jeopardy and creates a nightmare for good little boys and girls everywhere. See “The Nightmare Before Christmas” in 3D with in-theatre 4D special effects! Plus, enjoy specialty concession items, a prop display from both “Hocus Pocus” and “The Nightmare Before Christmas” & photo ops!

Disney has announced details of its second “Hallowstream” event, which features a new collection of exciting new originals and beloved Halloween classics.

Beginning September 24th, subscribers can enjoy all of their favorite Halloween-themed episodes and films in the new Halloween collection available on the streaming service. Disney+ will also debut three original programs “LEGO Star Wars Terrifying Tales,” “Muppets Haunted Mansion” and “Just Beyond” as a part of the All Hallow’s Eve celebration.

In addition to the Disney+ original content premiering in October, the Halloween collection will feature a lineup of memorable films and Halloween-themed episodes from fan-favorite series. Subscribers can celebrate the spooky holiday at home with classic films including “Hocus Pocus,” “Tim Burton’s The Nightmare Before Christmas,” “The Haunted Mansion,” “Halloweentown,” “Twitches” and many more. The haunting new Disney Channel Original Movie “Under Wraps” will also be available Friday, October 8th on Disney+. 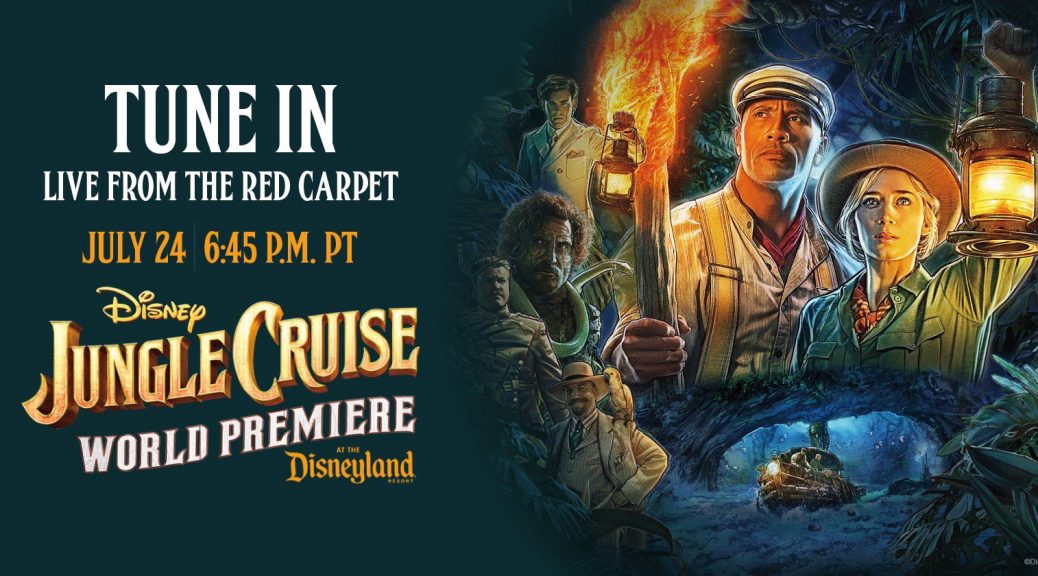 Hollywood, Calif. – Jungle Cruise Opening Night Fan Event Only: Each guest will receive one event credential with lanyard, one serving of DOLE Whip® and one 20 oz. bottled beverage. Tickets for this event are $40 per person.

Lily travels from London, England to the Amazon jungle and enlists Frank’s questionable services to guide her downriver on La Quila—his ramshackle-but-charming boat. Lily is determined to uncover an ancient tree with unparalleled healing abilities—possessing the power to change the future of medicine.

Thrust on this epic quest together, the unlikely duo encounters innumerable dangers and supernatural forces, all lurking in the deceptive beauty of the lush rainforest. But as the secrets of the lost tree unfold, the stakes reach even higher for Lily and Frank and their fate—and mankind’s—hangs in the balance. PG-13 for sequences of adventure violence.

Last night was the world premiere of #JungleCruise at @Disneyland Resort! Get tickets to see Jungle Cruise at the El Cap starting July 29 at our opening night fan event & take pictures at the photo op from the premiere. Plus see costumes from the movie! https://bit.ly/ECT_JungleCruiseTickets 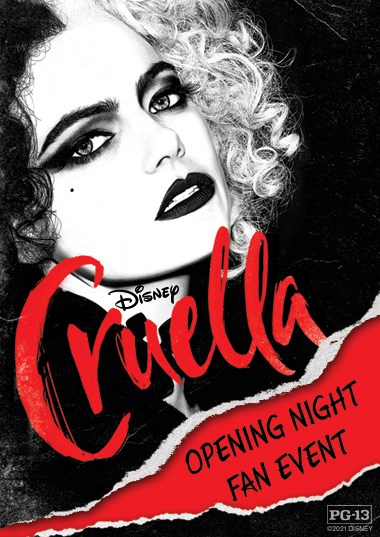 The Movies – LA Life and Style

Academy Award® winner Emma Stone (“La La Land”) stars in Disney’s “Cruella,” an all-new live action feature film about the rebellious early days of one of cinemas most notorious – and notoriously fashionable – villains, the legendary Cruella de Vil. “Cruella,” which is set in 1970s London amidst the punk rock revolution, follows a young grifter named Estella, a clever and creative girl determined to make a name for herself with her designs. She befriends a pair of young thieves who appreciate her appetite for mischief, and together they are able to build a life for themselves on the London streets.

One day, Estella’s flair for fashion catches the eye of the Baroness von Hellman, a fashion legend who is devastatingly chic and terrifyingly haute, played by two-time Oscar® winner Emma Thompson (“Howards End,” “Sense and Sensibility”). But their relationship sets in motion a course of events and revelations that will cause Estella to embrace her wicked side and become the raucous, fashionable and revenge-bent Cruella. “Cruella” stars Emma Stone, Emma Thompson, Joel Fry, Paul Walter Hauser, Emily Beecham, Kirby Howell-Baptiste and Mark Strong.

The film is directed by Craig Gillespie, with screenplay by Dana Fox and Tony McNamara, story by Aline Brosh McKenna and Kelly Marcel & Steve Zissis, based upon the novel “The One Hundred and One Dalmatians” by Dodie Smith. “Cruella” is produced by Andrew Gunn, Marc Platt and Kristin Burr, p.g.a., with Emma Stone, Michelle Wright, Jared LeBoff and Glenn Close serving as executive producers.

Disney’s “Cruella” contains several sequences with flashing lights that may affect those who are susceptible to photosensitive epilepsy or have other photosensitivities.