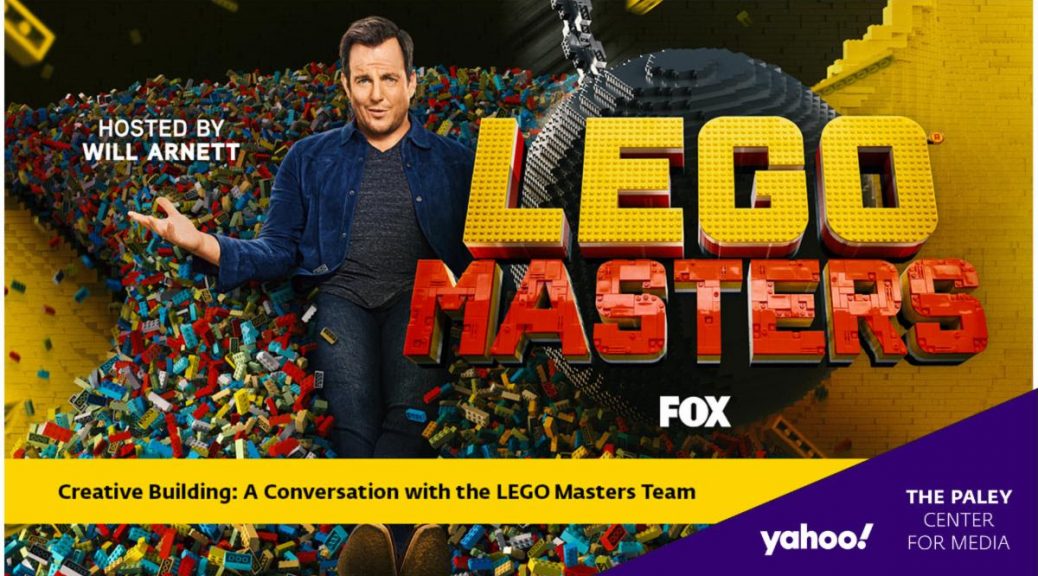 Paley Front Row presented by Citi:Creative Building: A Conversation with the LEGO® MASTERS TeamSponsored by Verizon

Beverly Hills, Calif. – Some of the most innovative and artful building of infrastructure occurs on the acclaimed FOX series LEGO Masters. Since its debut in February 2020, LEGO Masters has amazed its enthusiastic audience with staggering brick constructions.

Host Will Arnett with the show’s judges and executive producers reveals behind-the-scenes secrets of LEGO Masters, exploring how they dream up the ambitious competitions.

Join Paley for More LEGO Secrets!
Become a Paley Center Member today for access to a special LEGO-building demo with Bryan and Lauren Firks, from the current season of FOX’s LEGO Masters. Learn the tricks of the trade in making television and classic movie–themed builds in this demo that was filmed exclusively for Paley Members.
Paley Membership brings this exclusive demo and special access to events all year long.