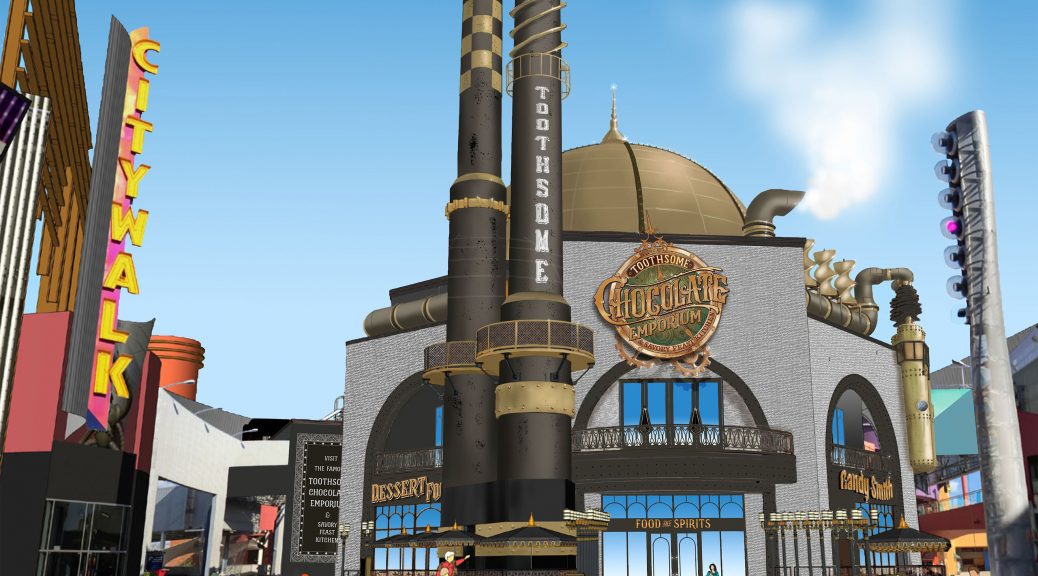 On the Menu: Serving Up Approximately 250 Newly-Created Positions. Click here for more information and to apply: www.nbcunicareers.com
https://jobs.universalparks.com/universal-studios-hollywood/universal-citywalk-hollywood/

The new restaurant will be one of three worldwide locations, exclusively at Universal CityWalk locations in Orlando, Beijing and soon to be, Hollywood.  Featuring an extensive menu of eclectic brunch, lunch and dinner items, sumptuous milkshakes and desserts and delectable confectionary treats, The Toothsome Chocolate Emporium & Savory Feast Kitchen brings an entirely new take on culinary inspirations that will appeal to the entire family.

When it opens in early 2023, The Toothsome Chocolate Emporium & Savory Feast Kitchen will not only bring an exciting level of dining to Universal CityWalk, it is sure to become one of L.A.’s must-go eateries.

With preparations underway for its opening, the restaurant is seeking to fill approximately 250 newly-created jobs.

For more information and to apply, candidates can visit, www.nbcunicareers.com; https://jobs.universalparks.com/universal-studios-hollywood/universal-citywalk-hollywood/. More information about The Toothsome Chocolate Emporium & Savory Feast Kitchen will be shared soon.

The spotlight continues to shine brightly on Universal CityWalk, one of L.A.’s most influential lifestyle centers, which has boosted the city’s rhythm with a variety of memorable experiences for close to 30 years.