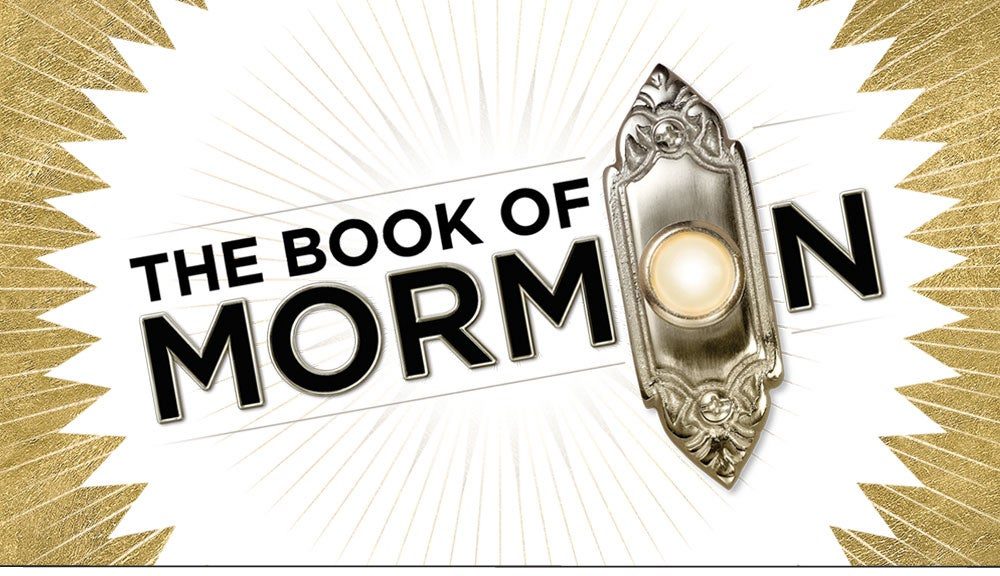 BACK BY POPULAR DEMAND, TWO WEEKS ONLY – PERFORMANCES BEGIN NOVEMBER 29, 2022 AT HOLLYWOOD PANTAGES THEATRE – TICKETS GO ON SALE TO THE PUBLIC ON FRIDAY, AUGUST 26 AT 10AM PT. MARK YOUR CALENDARS!

Los Angeles, Calif. – Back by popular demand, THE BOOK OF MORMON, which played sold out runs in 2012, 2014, & 2017, returns to the Hollywood Pantages Theatre for a limited two-week engagement November 29 – December 11, 2022. Current Broadway in Hollywood Season Ticket Holders have access to purchase tickets now.

The West End production opened in February 2013, winning four Olivier Awards including Best New Musical, and breaking the record for the highest single day of sales in West End history. The first-ever UK and European tour launched in Manchester in June 2019, winning ‘Best Theatre Show’ at the Manchester Evening News City Life Awards before touring throughout the UK and Europe

THE BOOK OF MORMON has been performed on three continents and has won over 30 international awards. The musical has smashed long-standing box office records in New York, London, Melbourne, Sydney and in cities across the U.S. and the world.

The Original Broadway Cast Recording for THE BOOK OF MORMON, winner of the 2011 Grammy Award for Best Musical Theater Album, is available on Ghostlight Records.

Hollywood, Calif. – The Book of Mormon winner of nine Tony Awards including Best Musical, is pleased to announce a lottery ticket policy for the West Coast Premiere which begins September 5 at the Pantages Theatre in Los Angeles and plays a limited 12-week engagement through November 25.  In Los Angeles, the production will conduct a pre-show lottery at the box office, making a limited number of tickets available at $25 apiece; cash only.  This lottery will be held prior to every performance except for the gala Opening Night on Wednesday September 12.

The lottery for the Broadway production has proven to be wildly popular.  The producers of The Book of Mormon are pleased to offer low-priced lottery seats for every city on the National Tour as a thank you to the show’s fans on the road.

Entries will be accepted at the box office beginning two and a half hours prior to each performance; each person will print their name and the number of tickets (1 or 2) they wish to purchase on a card that is provided. Two hours before curtain, names will be drawn at random for a limited number of tickets priced at $25 each. Only one entry is allowed per person. Cards are checked for duplication prior to drawing. Winners must be present at the time of the drawing and show valid ID to purchase tickets. Limit one entry per person and two tickets per winner. Tickets are subject to availability.

The Book of Mormon  features book, music and lyrics by Trey Parker, Robert Lopez and Matt Stone. Parker and Stone are the four-time Emmy Award-winning creators of the landmark animated series, “South Park.” Tony Award-winner Lopez is co-creator of the long-running hit musical comedy, Avenue Q.  The musical is choreographed by Tony Award-winner Casey Nicholaw (Monty Python’s Spamalot, The Drowsy Chaperone) and is directed by Nicholaw and Parker.

The Original Broadway Cast Recording for The Book of Mormon, winner of the 2011 Grammy Award for Best Musical Theater Album, is available on Ghostlight Records.

The Book of Mormon is a religious satire musical with a book, lyrics, and music by Trey Parker, Robert Lopez, and Matt Stone,  Best known for creating the animated comedy South Park, Parker and Stone co-created the music with Lopez, who co-wrote and co-composed Avenue Q.  The show lampoons organized religion and traditional musical theatre, reflecting the creators’ lifelong fascination with Mormonism and musicals.

The Book of Mormon tells the story of two young Mormon  missionaries sent to a remote village in northern Uganda, where a brutal warlord is threatening the local population. Naïve and optimistic, the two missionaries try to share the message of the Book of Mormon — which only one of them knows very well—but have trouble connecting with the locals, who are more worried about their survival amidst a life of poverty, than about religion.

The Pantages Theatre is Southern California‟s preeminent home for Broadway‟s biggest hits. Located at 6233 Hollywood Boulevard, steps away from the fabled intersection of Hollywood & Vine, the Pantages is at the heart of the vibrant Hollywood entertainment scene.

For more information about the Los Angeles premiere engagement of The Book of Mormon, please visit the official website of the Pantages Theatre, www.BroadwayLA.org.