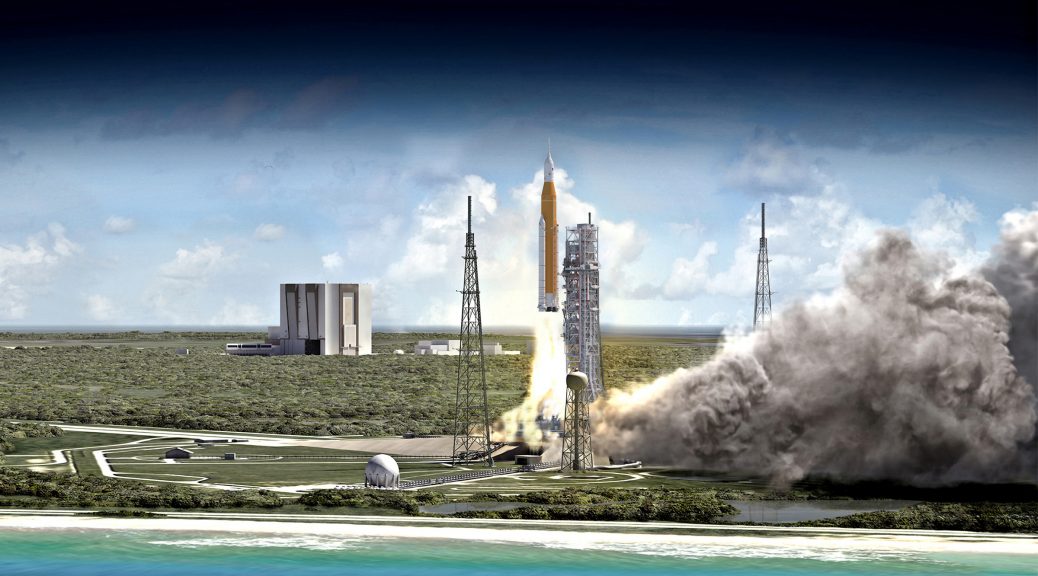 The first in a series of increasingly complex missions, Artemis I is an unmanned flight test that will provide a foundation for human deep space exploration and demonstrate our commitment and capability to return humans to the Moon and extend beyond.

During this flight, Orion will launch atop the most powerful rocket in the world and fly farther than any spacecraft built for humans has ever flown. Over the course of the mission, it will travel 280,000 miles (450,000 kilometers) from Earth and 40,000 miles (64,000 kilometers) beyond the far side of the Moon. Orion will stay in space longer than any human spacecraft has without docking to a space station and return home faster and hotter than ever before.

This first Artemis mission will demonstrate the performance of both Orion and the SLS rocket and test our capabilities to orbit the Moon and return to Earth. The flight will pave the way for future missions to the lunar vicinity, including landing the first woman and first person of color on the surface of the Moon.

SLS and Orion will blast off from Launch Pad 39B at NASA’s modernized spaceport at Kennedy. Propelled by a pair of five-segment boosters and four RS-25 engines, the rocket will reach the period of greatest atmospheric force within 90 seconds. The solid rocket boosters will burn through their propellant and separate after approximately two minutes, and the core stage and RS-25s will deplete propellant after approximately eight minutes. After jettisoning the boosters, service module panels, and launch abort system, the core stage engines will shut down and the core stage will separate from the spacecraft, leaving Orion attached to the interim cryogenic propulsion stage (ICPS) that will propel it toward the Moon.

As the spacecraft makes an orbit of Earth and deploys its solar arrays, the ICPS will give Orion the big push it needs to leave Earth’s orbit and travel toward the Moon. This maneuver, known as the trans-lunar injection, precisely targets a point about the Moon that will guide Orion close enough to be captured by the Moon’s gravity.

Orion will separate from the ICPS approximately two hours after launch. The ICPS will then deploy ten small satellites, known as CubeSats, along the way to study the Moon or head father out to deep space destinations. As Orion continues on its path from Earth orbit to the Moon, it will be propelled by a service module provided by ESA (European Space Agency) that will course-correct as needed along the way. The service module supplies the spacecraft’s main propulsion system and power.

The outbound trip to the Moon will take several days, during which time engineers will evaluate the spacecraft’s systems. Orion will fly about 60 miles (97 kilometers) above the surface of the Moon at its closest approach, and then use the Moon’s gravitational force to propel Orion into a distant retrograde orbit, traveling about 40,000 miles (64,000 kilometers) past the Moon. This distance is 30,000 miles (48,000 kilometers) farther than the previous record set during Apollo 13 and the farthest in space any spacecraft built for humans has flown.

For its return trip to Earth, Orion will get another gravity assist from the Moon as it does a second close flyby, firing engines at precisely the right time to harness the Moon’s gravity and accelerate back toward Earth, setting itself on a trajectory to re-enter our planet’s atmosphere.

The mission will end with a test of Orion’s capability to return safely to Earth. Orion will enter Earth’s atmosphere traveling at about 25,000 mph (40,000 kph). Earth’s atmosphere will slow the spacecraft down to a speed of about 300 mph (480 kph), producing temperatures of approximately 5,000 degrees Fahrenheit (2,800 degrees Celsius) and testing the heat shield’s performance.

Once the spacecraft has passed this extreme heating phase of flight, the forward bay cover that protects its parachutes will be jettisoned. Orion’s two drogue parachutes deploy first, at 25,000 feet (7,600 meters), and within a minute slow Orion to about 100 mph (160 kph) before being released. They are followed by three pilot parachutes that pull out the three main parachutes which will slow Orion’s descent to less than 20 mph (32 kph). The spacecraft will make a precise landing within eyesight of the recovery ship off the coast of San Diego.

The Landing and Recovery Team, led by NASA’s Exploration Ground Systems program at Kennedy, will be responsible for safely recovering the capsule after splashdown. The interagency landing and recovery team consists of personnel and assets from the U.S. Department of Defense, including Navy amphibious specialists and Air Force weather specialists, and engineers and technicians from Kennedy, Johnson Space Center in Houston, and Lockheed Martin Space Operations.

Before splashdown, the team will head out to sea in a Navy ship. At the direction of the NASA Recovery Director, Navy divers and other team members in several inflatable boats will be cleared to approach Orion. Divers will then attach a cable to the spacecraft and pull it by winch into a specially designed cradle inside the ship’s well deck. The vessel will transport the spacecraft and other hardware to a pier at U.S. Naval Base San Diego for transport to Kennedy.

Times below are based on a potential launch opportunity Aug. 29 at 8:33 a.m. Eastern. The timing of events may change if launch occurs at a time other than the opening of the two-hour launch window. All times Eastern.