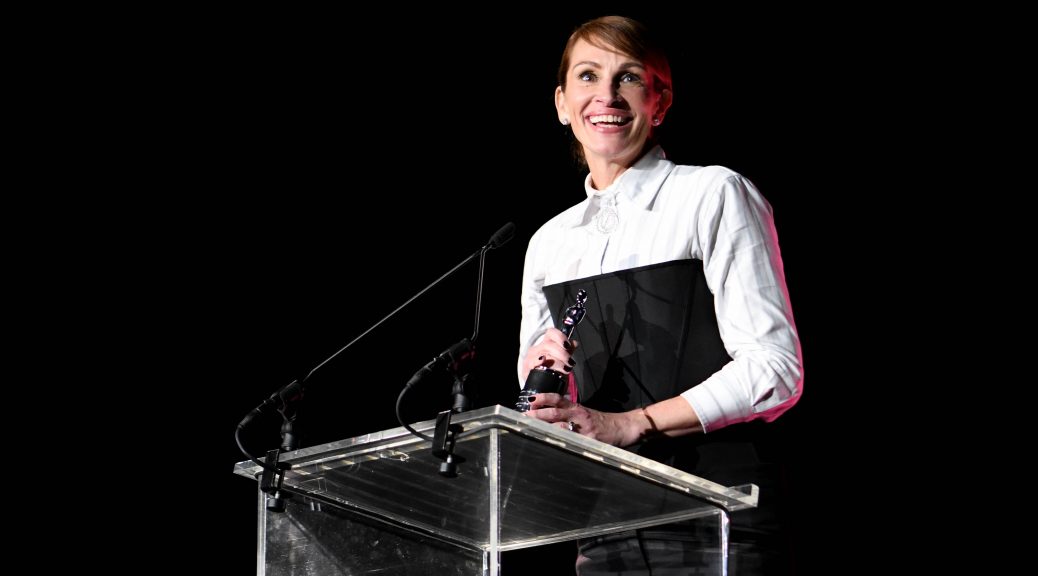 The celebratory evening was a star-studded affair that honored four Hollywood icons for their contributions to film both past and present. George Clooney presented Academy Award-winning actor Julia Roberts with the inaugural Academy Museum Gala Icon Award for her decades-long career in cinema and her significant global cultural impact.

The Visionary Award was presented to Academy Award-winning actor Tilda Swinton by longtime friend and collaborator Luca Guadagnino for her extensive body of work that has advanced the art of cinema. This year’s Vantage Award was presented by Daniel Kaluuya to Academy Award-winning director, producer, and writer Sir Steve McQueen for his work helping to contextualize and challenge dominant narratives around cinema.

The Icon, Visionary, and Vantage Awards, fabricated by UAP, are solid cast stainless steel statuettes inspired by historic versions of the OscarⓇ statuette; they are mirror polished by hand and attached to a cast bronze base with an engraved stainless steel nameplate affixed. Groundbreaking producer and Academy Museum trustee, Miky Lee received the Pillar Award from Jeffrey Katzenberg acknowledging her exemplary leadership and support for the international film community.

The Pillar Award, designed by the Haas Brothers and fabricated by UAP, is solid cast bronze, hand polished, hand stamped, and triple plated in nickel, copper, and 24k gold.

Now in its second year, the Academy Museum Gala is an annual celebration that reflects the museum’s mission to advance the understanding, celebration, and preservation of cinema and to expand knowledge and conversation about cinema as a global art form and cultural force.

Following a cocktail hour in Fanny’s Restaurant, the RAISE choir lead guests to a Wolfgang puck-inspired dinner on the Dolby Family Terrace. In a room inspired by the Hollywood landmark restaurant, Perino’s, guests were treated to a special musical performance by the iconic Diana Ross.

ABOUT ROLEX AND CINEMA
For many decades, Rolex has maintained close ties with the world of cinema. Its watches have played a role in numerous films, including Oscar-winning masterpieces. The company promotes excellence, encourages the preservation and transmission of the cinematic arts, and celebrates progress by accompanying cinema legends and budding talents: through its Testimonees such as Martin Scorsese and James Cameron, its partnership with the Academy of Motion Picture Arts and Sciences, and the Rolex Mentor and Protégé Arts Initiative with its mentorships for talented young filmmakers. Rolex has partnered with the Academy of Motion Picture Arts and Sciences since 2017, serving as Proud Sponsor of the Oscars , hosting the event’s Greenroom, while also supporting the Governors Awards, recognizing lifetime achievement in film and is the exclusive watch of the Academy. To assist in the preservation of film history for future generations, Rolex became a Founding Supporter of the Academy Museum of Motion Pictures in Los Angeles. Through its support of the film industry, Rolex champions excellence, the perpetuation of knowledge, the conservation of the art of filmmaking, and the rise of new talent.

About the Academy Museum of Motion Pictures
The Academy Museum is the largest museum in the United States devoted to the arts, sciences, and artists of moviemaking. The museum advances the understanding, celebration, and preservation of cinema through inclusive and accessible exhibitions, screenings, programs, initiatives, and collections. Designed by Pritzker Prize-winning architect Renzo Piano, the museum’s campus contains the restored and revitalized historic Saban Building—formerly known as the May Company building (1939)—and a soaring spherical addition. Together, these buildings contain 50,000 square feet of exhibition spaces, two state-of-the-art theaters, the Shirley Temple Education Studio, and beautiful public spaces that are free and open to the public. These include: The Walt Disney Company Piazza and the Sidney Poitier Grand Lobby, which houses the Spielberg Family Gallery, Academy Museum Store, and Fanny’s Restaurant and Café. The Academy Museum exhibition galleries are open seven days a week, with hours Sunday through Thursday from 10am to 6pm and Friday and Saturday from 10am to 8pm.