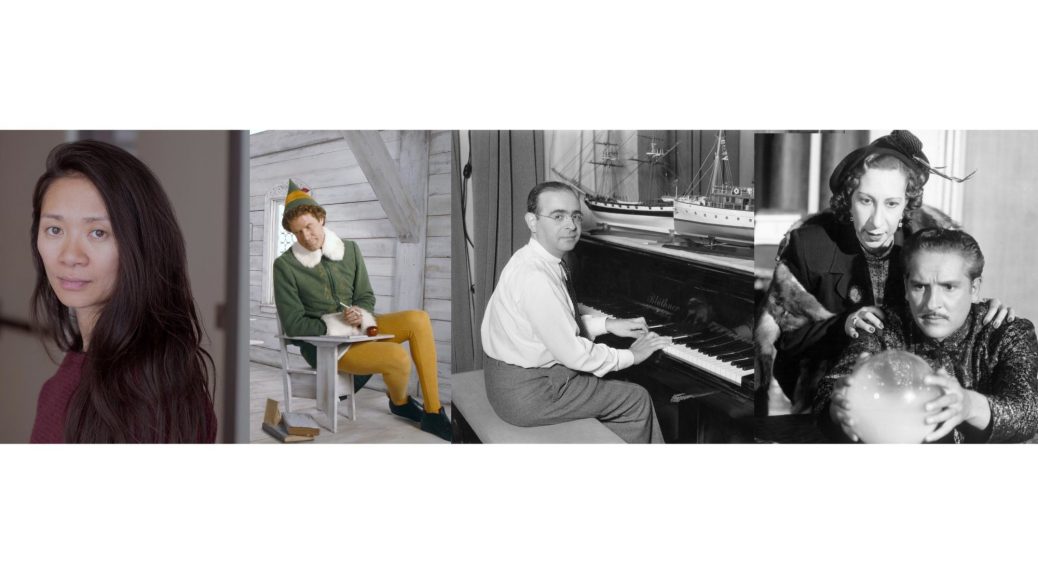 Los Angeles, Calif., November 8, 2021—The Academy Museum of Motion Pictures announces a robust calendar of more than 100 film screenings and public programs through January 2022 that will take place in the museum’s David Geffen Theater, Ted Mann Theater, and educational spaces.

“We have been thrilled by the overwhelmingly positive response to our inaugural programs. We feel the excitement growing among film lovers to experience the Academy Museum as a new destination to watch films and learn more about their creation and their impact,” said Jacqueline Stewart, Chief Artistic and Programming Officer at the Academy Museum of Motion Pictures. “Today we are excited to share additional details of our programs, highlighting the dynamic range of artists that have shaped cinema.”

“The museum’s programming teams have worked to develop a robust and dynamic schedule of screenings and discussions that inspire our visitors to dive deeper into our exhibitions. While the schedule certainly offers something for everyone, we also encourage visitors to allow themselves to be introduced to new directors and artists, genres and topics,” said Bernardo Rondeau, Senior Director of Film Programs.

Future film programs launching in early 2022 include screenings of the works of guest artists Spike Lee and Pedro Almodóvar.

In addition, education and family programs will be ongoing at the Academy Museum. Programs will take place throughout the museum in exhibition galleries, theaters, and the Shirley Temple Education Studio, and will include, family studio activities, family matinee screenings, and in-gallery tours. ASL interpreted tours for hard of hearing and deaf communities and visual description tours for low vision and blind communities will be offered monthly as well as accommodative Calm Mornings and family film screenings for neurodivergent viewers. A full schedule of family matinees may be accessed here.

The Academy Museum’s 2021–2022 programming is made possible by the support of our generous partners, including:
The Richard Roth Cinema-Arts Fund to showcase global cinema.
Participant in support of programs that engage diverse audiences in the intersection of art and activism.
Ruderman Family Foundation in support of Academy Museum inclusion initiatives and programming.
Cinecittà in support of an annual programming series of Italian Cinema.
Alfred P. Sloan Foundation, in support of Academy Museum programs focused on science and technology in film and the science and technology of film.
Donors to our fund in support of AAPI programming, including Esther S. M. Chui-Chao, Julia and Ken Gouw, and Dr. Peter Lam Kin Ngok of Media Asia Group Holdings Limited.
The generous support of Televisa Foundation-Univision, which is co-presenting Roberto Galvadón, the first of three film series that celebrates Mexican cinema.
Mexico’s two major film archives, the Cineteca Nacional and the Filmoteca de la UNAM, to whom we are grateful for making the Roberto Galvadón program possible.
Jacob Andreou and Carly Steel in support of Halloween film screenings.

About the Academy Museum of Motion Pictures
The Academy Museum is the largest institution in the United States devoted to the arts, sciences, and artists of moviemaking. The museum advances the understanding, celebration, and preservation of cinema through inclusive and accessible exhibitions, screenings, programs, initiatives, and collections. Designed by Pritzker Prize-winning architect Renzo Piano, the museum’s campus contains the restored and revitalized historic Saban Building—formerly known as the May Company building (1939)—and a soaring spherical addition. Together, these buildings contain 50,000 square feet of exhibition spaces, two state-of-the-art theaters, Shirley Temple Education Studio, and beautiful public spaces that are free and open to the public. These include: The Walt Disney Company Piazza and the Academy Museum Grand Lobby, which houses the Spielberg Family Gallery, Academy Museum Store, and Fanny’s restaurant and café. The Academy Museum exhibition galleries will be open seven days a week, with hours Sunday through Thursday from 10am to 6pm and Friday and Saturday from 10am to 8pm. 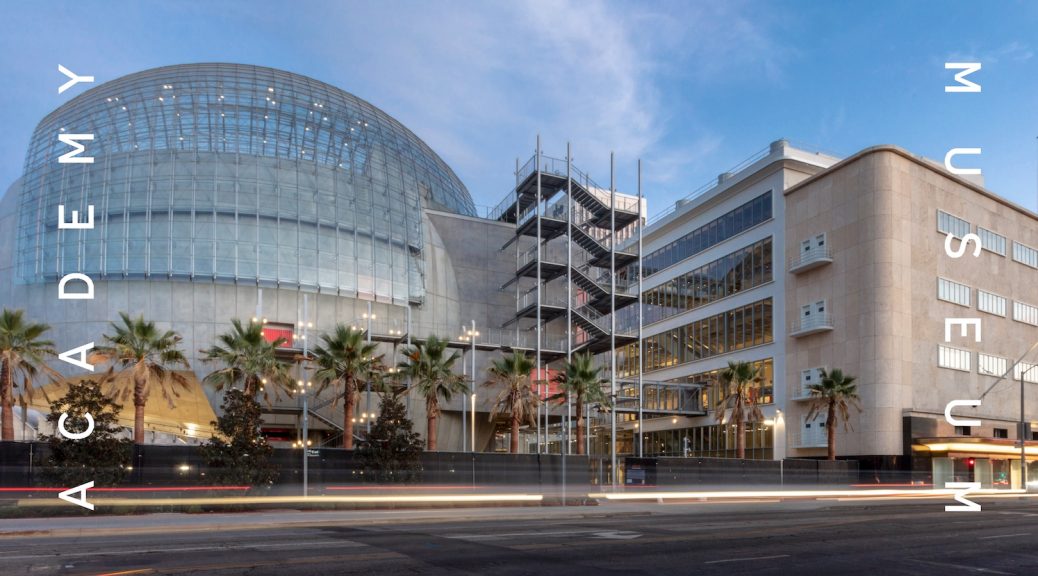 ACADEMY MUSEUM OF MOTION PICTURES TICKETS ON SALE TODAY MUSEUM OPENS SEPTEMBER 30 TO THE PUBLIC AND WILL BE OPEN SEVEN DAYS EVERY WEEK.

Timed tickets to the Academy Museum go on sale to the public beginning August 5 at 9am PDT.

Los Angeles, Calif. – Visitors can reserve tickets to the museums dynamic exhibitions including Stories of Cinema, Backdrop: An Invisible Art, The Path to Cinema: Highlights from the Richard Balzer Collection, and Hayao Miyazaki. In addition, visitors can also purchase tickets to The Oscars® Experience, where they can experience the excitement of walking onstage at the Dolby Theatre in Hollywood and accepting an Oscar®.

Tickets to the Academy Museums over 115  film screenings or public programs will also be available for purchase on the museum’s website.

General admission tickets for the museum’s exhibitions—Stories of Cinema, Hayao Miyazaki, The Path to Cinema: Highlights from the Richard Balzer Collection, and Backdrop: An Invisible Art—are $25 for adults, $19 for seniors (age 62+), and $15 for students. Admission for Museum Members, visitors ages 17 and younger, and California residents with an EBT card will be free. Free admission for visitors ages 17 and younger is made possible by a gift from the Hobson/Lucas Family Foundation, in honor of Academy Museum Honorary Trustee Sid Ganis.

Tickets for film screenings and public programs are sold separately and do not require general admission to the museum. Tickets will be available only through advance online reservations via the Academy Museum’s website. 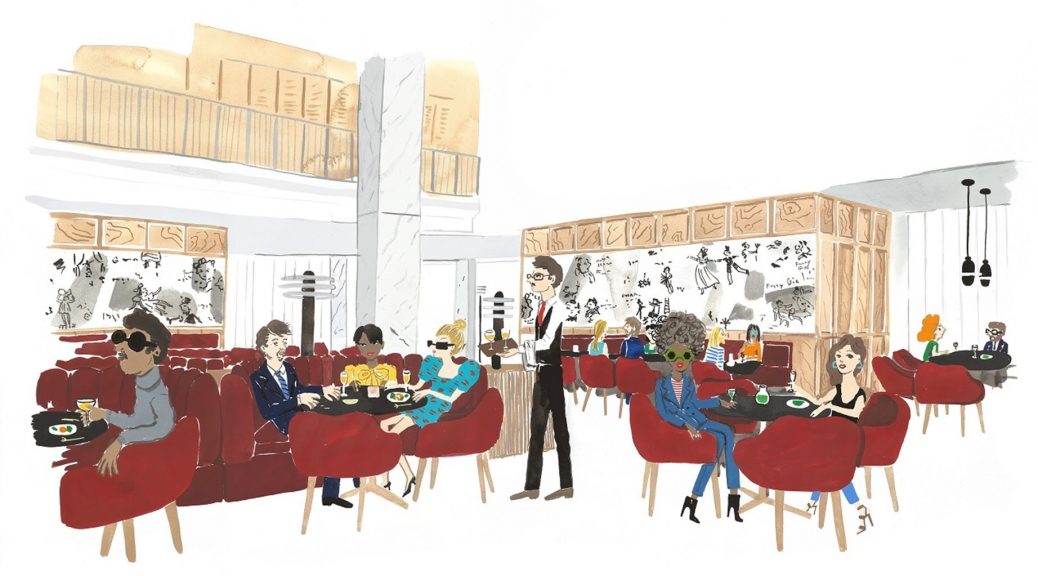 RESTAURATEURS BILL CHAIT AND CARL SCHUSTER TO PARTNER WITH
WOLFGANG PUCK CATERING AND DONOR WENDY STARK
TO OPEN FANNY’S RESTAURANT AND CAFÉ AT THE
ACADEMY MUSEUM OF MOTION PICTURES.

LOS ANGELES, CA, May 3, 2021—The Academy Museum of Motion Pictures today revealed details of Fanny’s, the museum’s restaurant and café. The eatery is being developed by restaurateurs Bill Chait and Carl Schuster and is supported by philanthropist Wendy Stark. Fanny’s striking two-story space in the Saban Building is designed by Commune Design. Wolfgang Puck Catering will oversee catering services at the museum, which opens to the public on September 30, 2021.

Fanny’s dining area features a mix of small group and communal tables and has a prepared foods market that leads into the main dining room with an art deco-style bar and lounge area that is punctuated by a series of curved booths. The industrial architecture of the Renzo Piano building is complimented by warm natural materials, including maple wall paneling, marble, zinc, and leather and mohair upholstery. The space features the work of local artists and artisans including custom light fixtures by Atelier de Troupe and Pojagi-inspired sheer curtain panels by textile artist Adam Pogue. Los Angeles artist and illustrator Konstantin Kakanias has been commissioned to create a spectacular wraparound mural for the main dining room celebrating film and music legends from classical Hollywood to present day.

The restaurant is supported by a generous donation from Wendy Stark, and is named after her grandmother Fanny Brice, the legendary vaudeville, theater, radio, and film star portrayed by Barbra Streisand in her Oscar®-winning performance in Funny Girl (1968). Funny Girl was produced by Wendy’s father, producer Ray Stark, who was married to Fanny’s daughter, Frances Stark. Ray was presented with the Irving G. Thalberg Memorial Award by the Academy of Motion Picture Arts and Sciences in 1979.

Bill Kramer said, “As a museum dedicated to the art, history, and culture of the movies, we want to create spaces for discourse, reflection, and conversation. Our visitors will discover a full range of exceptional environments and experiences at the Academy Museum, including the opportunity to enjoy a meal or a drink at Fanny’s. We are deeply grateful to Wendy Stark for her generous support of this project and to Bill Chait, Carl Schuster, the team at Commune, and Konstantin Kakanias for their creativity and vision.”

Fanny’s will seat 250 guests and will be open seven days a week for breakfast, lunch, and dinner, with brunch on the weekends. A magnificent private events facility and terrace seating 600 guests on the top floor of the museum also will be supported by Wolfgang Puck Catering.

Further details about Fanny’s, including the Chef, Program Director, and reservations, will be announced at a later date.