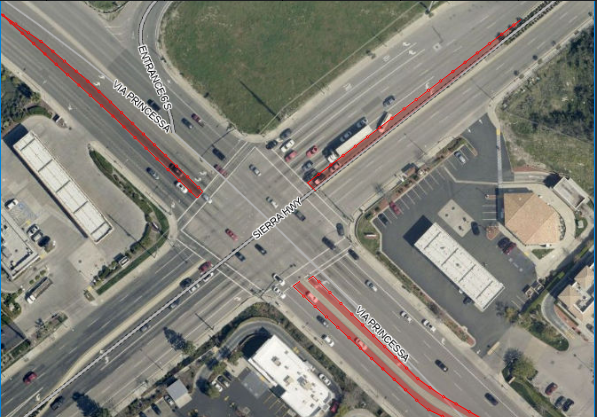 Santa Clarita, Calif. – The next phase of the Via Princessa Median Project will begin construction on Monday, August 24, 2020, between Sierra Highway and Jason Drive in Canyon Country. As part of the project, improvements will be made to the landscaped median that will include upgrading the curb and gutter on the northside of the medians, upgrading all landscape pallets and installing new pavers.

The entire project is scheduled to be completed in October 2020, and lane closures will be adjusted over the course of construction. Lane closure adjustments will be announced in advance on the City of Santa Clarita’s official Facebook page.

Drivers are asked to be aware of the lane closures and to plan their routes accordingly. Electronic message boards will be posted in each direction to inform motorists of upcoming lane closures. Drivers are reminded to please reduce their speed through the construction zone. For questions or concerns, please contact City of Santa Clarita Assistant Engineer Rosa Orellana at (661) 286-4170 or by email at rorellana@santa-clarita.com.