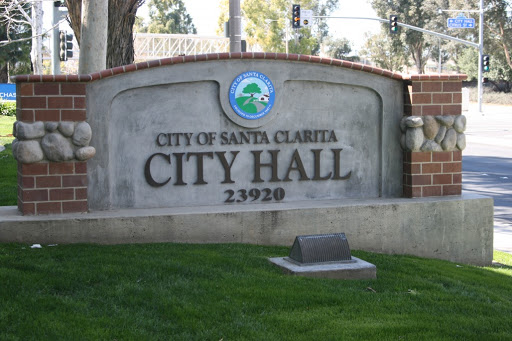 Santa Clarita, Calif. – The City of Santa Clarita first and foremost desires to preserve the health and welfare of its residents.  In this time of the coronavirus pandemic, and the almost daily evolving directives and recommendations from Federal, State and County health officials, the City is endeavoring to take all appropriate steps to protect the City’s residents. Because of these circumstances, the City has canceled the next regularly scheduled City Council meeting in March.

Notwithstanding that cancellation, the City of Santa Clarita City Council will consider a resolution declaring its intention to transition from at-large to district-based elections at a special meeting on Thursday, March 19, 2020, at 4:00 p.m. in Council Chambers at City Hall.  The City is faced with a looming March 23, 2020, deadline that could expose the City to litigation and potentially millions of dollars of exposure. As described more fully below, taking action tomorrow would protect the City from litigation for at least 90 days.

The California Voting Rights Act allows for challenges to at-large election systems, which the City of Sant Clarita has maintained since incorporation in 1987. To challenge an at-large voting system, a potential plaintiff must send a demand letter to the City, after which the City has 45 days to declare intent to switch to the election of its legislative body by districts.  Unlike a federal voting rights act case, where a plaintiff must establish that switching to districts will actually remedy the vote dilution of the minority group challenging the existing election system through the creation of a majority-minority district, the California Voting Rights Act does not require such proof.

The City of Santa Clarita received such a demand letter on February 7, 2020, from Scott Rafferty, a Northern California lawyer who has sent similar letters to several cities, and who has refused to identify his clients. By virtue of sending such a letter, Mr. Rafferty is automatically entitled to $30,000 of taxpayer money under the Elections Code.

The vast majority of cities that received a demand letter have opted to switch to election by districts, although some have attempted to litigate. Out of the cities which attempted to defend the suit, none have been successful. These cities have been ordered to pay millions in legal fees and, in some cases, have ended up with court-ordered special elections, based upon district maps generated without public input.

In light of these circumstances, the City is recommending using the legislation adopted in the last few years, which allows conversion to districts through an open and public process. However, the process must be completed by early June to avoid litigation threatened by the demand letter. If the City Council adopts the resolution, five or more public meetings must be conducted within a 90-day period.

This public process would allow for residents to share their input and submit maps showing their preference for district boundaries. The City would also retain the services of a demographer, an expert in the statistical study of populations, to draft district maps.

The City recognizes that this process is further complicated by the recent novel coronavirus pandemic or COVID-19 and the federal and state executive orders limiting public gatherings and requiring social distancing. However, the language of the California Voting Rights Act does not accommodate pandemics, and Mr. Rafferty has been consistent in his commitment to have Santa Clarita switch to districts in 2020. The proposed schedule of hearings has been pushed back as far as possible to limit public meetings for as long as possible, while still fitting in all of the required hearings to switch to districts within the 90-day time limit.  However, the City will first and foremost act to protect the health and safety of its residents, and the schedule may need to be modified notwithstanding the 90-day time limit, depending upon evolving Federal, State and County restrictions and guidelines.

If the City Council adopts the attached Resolution of Intention, the scheduled public hearings will be live-streamed and recorded. Anyone who does not wish to attend the hearings in public should consider submitting comments in writing. Additionally, the demographer proposed to be hired by the City will provide both a website and a web tool so that members of the public can submit their proposed district map ideas to the City for consideration. While this is not an ideal public process, if the City completes the districting process for 2020, State and Federal law mandate a “re-districting” occur prior to the 2022 election, based upon Federal census data results in 2021. State law mandates additional public participation and hearing for that re-districting process, and hopefully, the current limitations on social interactions and gatherings will no longer be in place.

For information on Thursday’s special meeting, please visit the City’s website at santa-clarita.com and click on agendas.