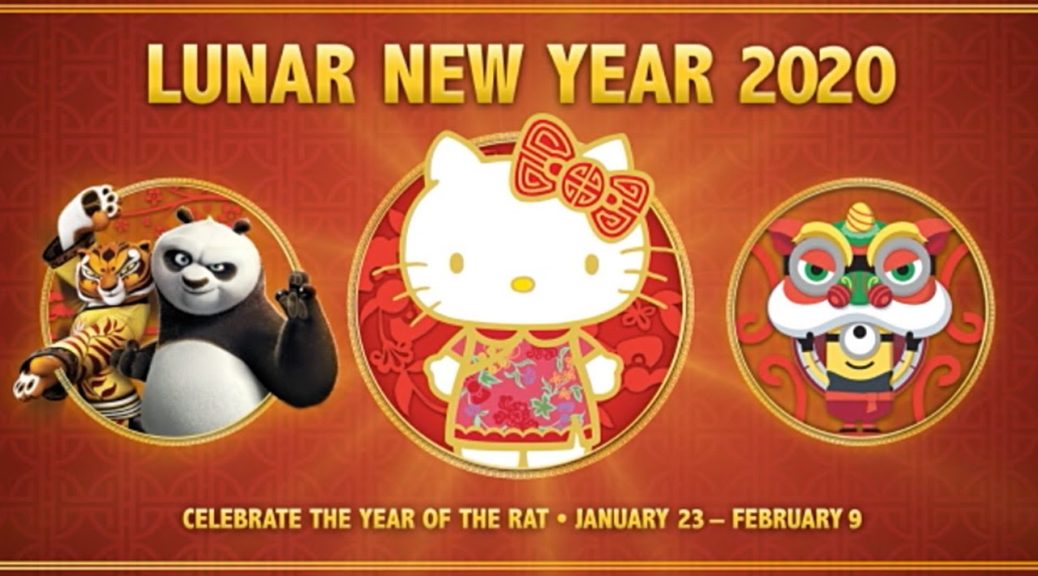 Click Here for a Sneak Peek at the Annual Celebration

Universal City, CA, January 9, 2020 — Universal Studios Hollywood ushers in the “Year of the Rat,” the first of the Chinese zodiac animals, as the theme park celebrates with the Lunar New Year event from Thursday, January 23 through Sunday, February 9. Lunar New Year is included in the price of admission to the theme park.

This spectacular themed Lunar New Year event will take place within Universal Plaza, located at the heart of the theme park. Under a curtain of traditional red Chinese lanterns and stunning plum blossom Wishing Trees, the festivities will come to life as guests discover the 12 zodiac animal signs accompanied by their symbolic attributes. Guests with birthday years that correspond with the “Year of the Rat” are said to be intelligent, witty and charming.

The immersive event will feature Po and Tigress from the thrilling “Kung Fu Panda Adventure” attraction who will greet guests and pose for engaging photos; Mr. Ping’s Noodle Shop returns by popular demand to serve up delicious culture-themed food, and Mr. Ping himself will be on hand to interact with guests and take memorable souvenir photos. Guests can learn how to draw Po and take home the drawing as a keepsake memento and, on select days, community cultural performances featuring traditional lion dances will round out the program.

Keeping with Universal Studios Hollywood’s Lunar New Year tradition, MEGATRON from the TRANSFORMERS franchise will be speaking Mandarin while interacting with guests at the entry of the festivities. The imposing robot leader of the DECEPTICONS will engage attendees in real-time conversation reflective of his persona and will be sure to entertain TRANSFORMERS fans visiting the park.  MEGATRON is one of the stars of Universal Studios Hollywood’s thrill ride, “Transformers™: The Ride-3D.”

The world-famous Studio Tour is available in Mandarin at select times throughout the day. Featuring expertly-trained Mandarin-speaking tour guides, the experience provides insight into the world of movie-making magic as guests enjoy behind-the-scenes access to one of the largest production studios in the world. In-language park maps are also available for guests.

Guests can continue their Lunar New Year celebration at Universal CityWalk’s Dongpo Kitchen restaurant which features upscale and modern Sichuan cuisine. Inspired by China’s premier restaurant Meizhou Dongpo, Dongpo Kitchen offers the comforts of a casual dining environment with both indoor and al fresco seating and caters to an eclectic palate with a variety of signature dishes.