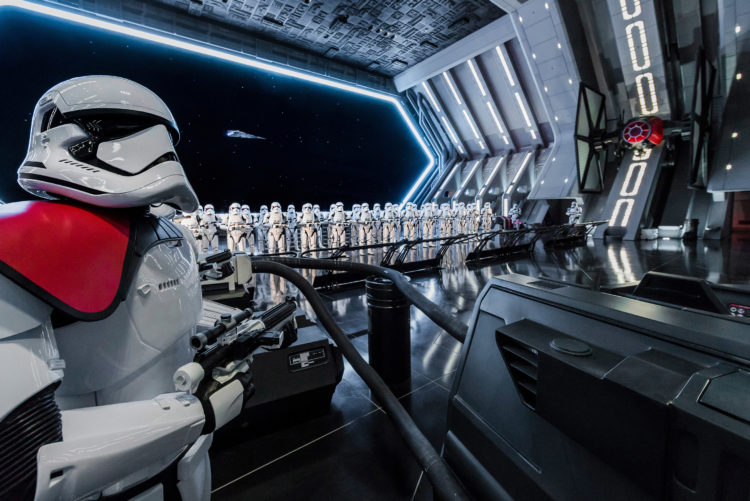 Anaheim, Calif. – Orlando, Florida – Star Wars: Galaxy’s Edge opened today, Dec. 5, 2019, at Disney’s Hollywood Studios in Florida and will open in Anaheim on Jan. 17, 2020, at Disneyland Park in California, Star Wars: Rise of the Resistance. The rides will be among the most ambitious, advanced and immersive experiences ever undertaken by Walt Disney Imagineering. The innovative new attraction will take guests aboard a full-size transport shuttle before they are captured by a Star Destroyer and wind up in the middle of a climactic battle between the First Order and the Resistance. The harrowing adventure will blur the lines between fantasy and reality on a scale never seen before in a Disney attraction.

Prior to the Aug. 29 grand opening of Star Wars: Galaxy’s Edge at Disney’s Hollywood Studios, Walt Disney Imagineering released additional details about what promises to be one of the most thrilling experiences ever created for a Disney theme park:

Look for more information on Star Wars: Rise of the Resistance in the coming months at WDWNews.com, DisneylandNews.com and DisneyParksBlog.com.