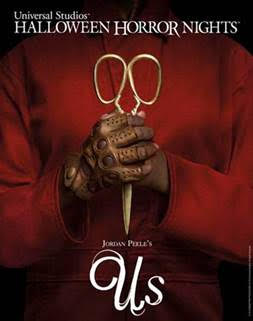 THE CAST OF UNIVERSAL PICTURES AND ACADEMY AWARD®-WINNING FILMMAKER JORDAN PEELE’S GLOBAL BLOCKBUSTER, US, CONFRONT THE CHAOS OF “THE TETHERED” IN THE ALL-NEW MAZE AT UNIVERSAL STUDIOS’ HALLOWEEN HORROR NIGHTS.