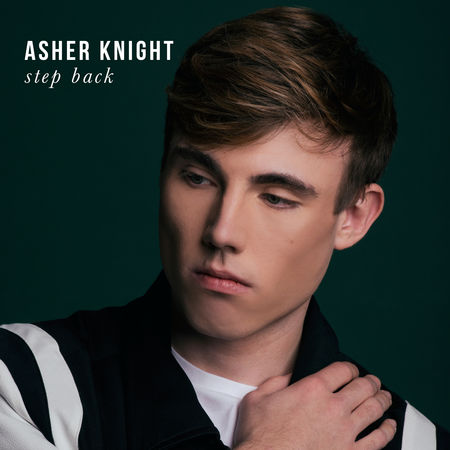 Hollywood, Calif. –  Asher Knight’s Debut EP, “Step Back” is climbing up the radio charts. Asher is set to begin his American Invasion in early August. The EP consists of 4 terrific songs; “Step Back”, co-written by Mark Owen from the band Take That, as well as George Tizzard and Rick Parkhouse. “The Night Belongs To You”, co-written by The Voice UK judge – Olly Murrs, George Tizzard and Rick Parkhouse. “Save Me from Myself “, co-written by Jon Maguire and Jon Lilygreen, and “Letting Go”, written by Jamie Sellers.

Hailing from Bradford, England, Asher Knight now lives in London, Asher is on the cutting edge of today’s new music scene. Winding down from his UK tour with the Vamps, as well sold out support slots with Steps and All Saints, plus he was Boyzone’s main support act on their “Thank You & Good Night” tour.

Asher Knight will begin another tour opening for Will Young in twenty something music halls across the UK in October.

Heartthrob, Asher Knight is guaranteed to excite all of his fans. His melodic lyrics are filled with deeply inspired emotions, packing his listeners with love and hope. Asher paints pictures of romance that are way ahead of this 21-year-old singer/songwriter’s experiences.

Asher Knight’s EP “Step Back” is heading towards being received by over 1 million Spotify playlist followers and has already been streamed on Spotify over 350,000 times. Asher’s vibe is reminiscent of the 80’s band The Alan Parson’s Project with a more modern bit of Damon Albarn mixed in for good measure, but uniquely his own fresh sound. Asher Knight has defied all of the odds, bringing his past teenage suffering by being bullied, into his very relatable music.

Now turning it all around and speaking out about anti-bullying at schools and colleges, letting his young fans know that they are not alone. Asher has aligned with many anti-bullying charities in the UK: Believe in Children Barnado’s, Bullying UK, NSPCC, Samaritans, and Kidscape. It’s about time America will be able to discover Asher Knight’s new phenomenal blend of real music.