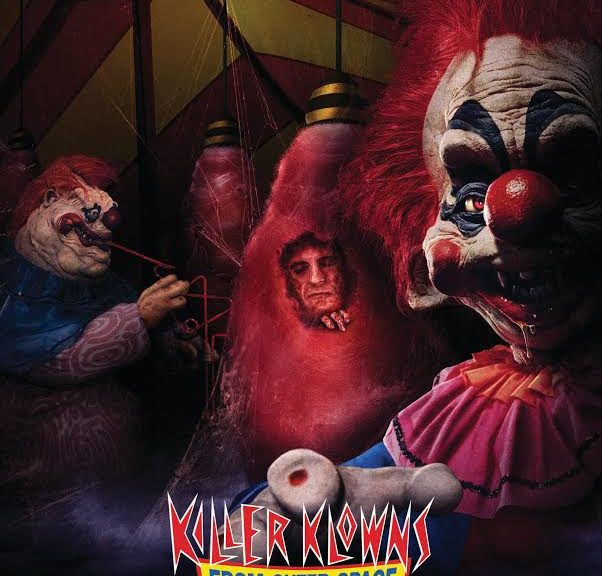 Based on the cult 1980s film favorite, the “Killer Klowns from Outer Space” mazes will transport guests to the sleepy small town of Crescent Cove, taken over by a pack of murderous clown-like creatures. Guests will be lured by the sweet smell of cotton candy and ice-cream and find themselves in an otherworldly circus tent where they’ll come face-to-face with the crazed klowns and their sinister, side-splitting antics. As they make their way through the Big Top Space Ship, guests will witness diabolical klowns making cotton candy cocoons from unsuspecting victims and will realize the joke’s on them as they are next to become the gooey snack. From one shrieking klown to the next, the mazes will lead guests through the doomed community of Crescent Cove to an eerie amusement park closed for the season. Trapped in a terrifying funhouse full of killer klowns, guests will be left screaming as there’s no stopping this twisted three-ring circus.

Metro Goldwyn Mayer (MGM) is a leading entertainment company focused on the production and global distribution of film and television content across all platforms. The company owns one of the world’s deepest libraries of premium film and television content as well as the premium pay television network EPIX, which is available throughout the U.S. via cable, satellite, telco and digital distributors.  In addition, MGM has investments in numerous other television channels, digital platforms and interactive ventures and is producing premium short-form content for distribution. For more information, visit www.mgm.com.