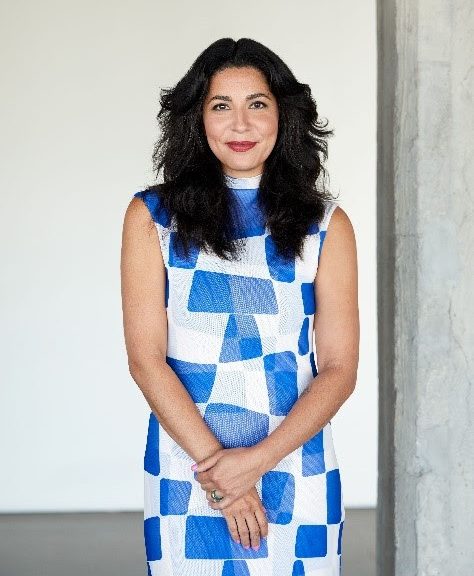 Los Angeles —Jacqueline Stewart, Director and President of the Academy Museum of Motion Pictures, today announced that Amy Homma has been appointed to the new role of Chief Audience Officer effective immediately. She previously held the role of Vice President of Education and Public Engagement at the museum.

As Chief Audience Officer, Homma will work to enhance, deepen, and evolve the Academy Museum’s overall public and community profile. In addition, she will develop internal and external strategies to affirm and actualize the museum’s commitment to diversity, equity, inclusion, and accessibility. Under her leadership, the museum’s Film Programs, Education and Public Engagement, Community and Impact, Digital Content and Strategy, and Marketing, Communications, and Group Sales teams will strategize and drive meaningful engagement with audiences of all backgrounds, abilities, and interests.

Jacqueline Stewart said, “Amy has proven herself to be a skillful, forward-thinking, and inspiring leader since she began at the museum in 2019, and I look forward to seeing her and her teams thrive in this new capacity. As a seasoned programmer, educator, and administrator who brings a deep knowledge of audience engagement and museology, Amy is the ideal person to steer our museum’s next chapter of external relations.”

Bobbi Banks, Supervisory Sound Editor and Chair of the museum’s Inclusion Advisory Committee, said, “Amy Homma has been an integral part of the innovation, structure, planning, and execution for the Academy Museum’s Education Department.  She will undoubtedly bring that same fervor and dedication to this new role.”

“I am both thrilled and humbled to step into the role of Chief Audience Officer of the Academy Museum,” said Homma. “In its first year of public operation, the museum established itself as an essential destination to experience, discuss, and connect with cinema. I am eager to work across teams to further develop the museum’s impact and commitment to local, national, and global audiences through a visitor-centered approach.”

Homma previously served as the Academy Museum’s inaugural Director—and then Vice-President—of Education and Public Engagement, during which time she developed a team to helm the museum’s K-12 programming, including the Shirley Temple Education Studio initiatives, as well as public programs ranging from lectures, symposia, and panels to in-gallery talks and online programming. Under her tenure, the museum hosted 147 education events; launched a robust school and teacher program and developed the museum’s first curriculum; collaborated with filmmakers, scholars, and activists to produce sold-out public programs such as Activism and Film with Dolores Huerta and Eva Longoria and The Art and Science of Cinema with Chloé Zhao, Mary Sweeney, and Jonas Kaplan; established key partnerships with the Los Angeles Unified School District, Los Angeles Public Libraries, and numerous community organizations; and founded accessibility initiatives such as monthly ASL tours, visual description tours, and Calm Morning programs for neurodivergent visitors.

Before her time at the Academy Museum, Homma was the Acting Deputy Director of the Arts & Industries Building at the Smithsonian Institution, Washington, DC, where she created innovative pan-institutional and multi-disciplinary public programs, including a 12-hour conversation series that brought together noted writers, musicians, scientists, technologists, and other experts in numerous arenas. As Director of Digital Learning at the Hirshhorn Museum and Sculpture Garden, she created a diverse range of education programs for all ages focused on learning, collaboration, and experimentation and established an internationally recognized education studio with distinctive arts programming, including the museum’s signature teen program. She also initiated a partnership with the National Museum of Natural History to demonstrate the power of teaching art and science together, and oversaw the development of education efforts for teachers, families, schools, youth, and adults.

ABOUT THE ACADEMY MUSEUM
The Academy Museum is the largest museum in the United States devoted to the arts, sciences, and artists of moviemaking. The museum advances the understanding, celebration, and preservation of cinema through inclusive and accessible exhibitions, screenings, programs, initiatives, and collections. Designed by Pritzker Prize-winning architect Renzo Piano, the museum’s campus contains the restored and revitalized historic Saban Building—formerly known as the May Company building (1939)—and a soaring spherical addition. Together, these buildings contain 50,000 square feet of exhibition spaces, two state-of-the-art theaters, the Shirley Temple Education Studio, and beautiful public spaces that are free and open to the public. These include: The Walt Disney Company Piazza and the Sidney Poitier Grand Lobby, which houses the Spielberg Family Gallery, Academy Museum Store, and Fanny’s restaurant and café. The Academy Museum exhibition galleries are open seven days a week, with hours Sunday through Thursday from 10am to 6pm and Friday and Saturday from 10am to 8pm.