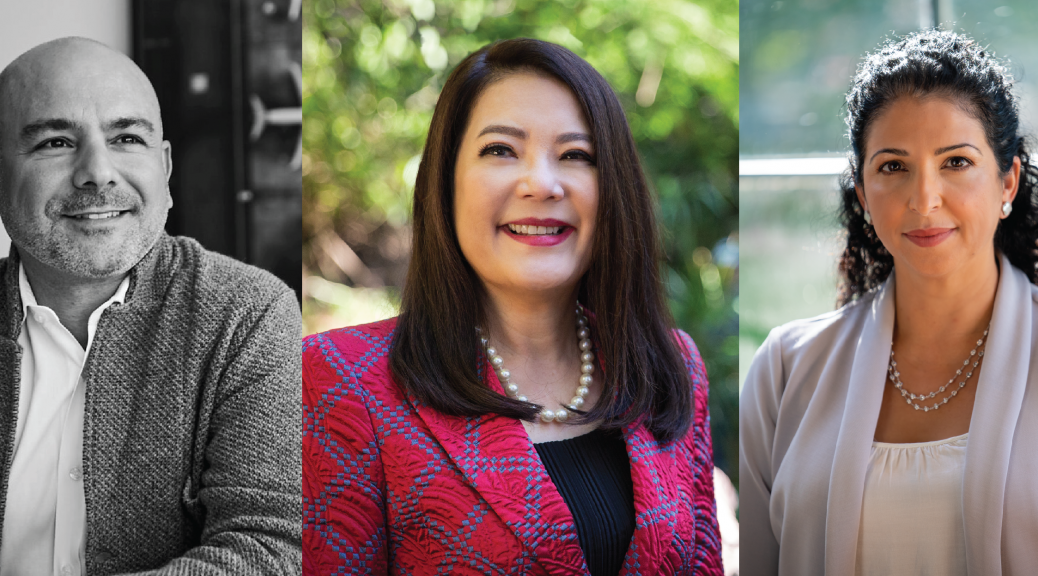 Los Angeles, Calif. , June 21, 2022—The Academy Museum of Motion Pictures today announced the election of three new members to its Board of Trustees effective July 1, 2022:

These three new trustees bring many perspectives around arts, philanthropy, as well as wide-ranging and vital professional experiences to the governing body of the Academy Museum. As the museum ends its first operating fiscal year in excellent shape—more than 570,000 tickets have been sold since the September 30, 2021 opening—these new trustees will help continue the evolution and success of the project.

Ted Sarandos, Board Chair and Co-CEO of Netflix, said, “We are thrilled to welcome these three extraordinary leaders, who have already done so much.. for our community, and the industry at large… As members of our board, they will support and guide the Academy Museum in realizing its ambitious mission of increasing public appreciation for the arts and sciences of moviemaking and exploring the ongoing, multifaceted history of film.”

Academy Museum Director and President and incoming Academy CEO Bill Kramer added, “I join Ted and the entire Academy Museum Board of Trustees in welcoming Eric, Julia, and Shira. We have strong working relationships with all of them, and they have helped us open the Academy Museum in a powerful way. Their strong executive experience, profound philanthropic spirit….will help us tell the rich and varied stories of cinema to Los Angeles and the world.”

ABOUT DR. ERIC ESRAILIAN, JULIA S. GOUW, AND SHIRA RUDERMAN
Dr. Eric Esrailian is a film producer, philanthropist, physician, and entrepreneur. He is also actively involved in philanthropic efforts and education. Dr. Esrailian has been a significant supporter of Academy Museum educational programs and is part of the leadership of several philanthropic organizations, including the Motion Picture & Television Fund.

He has produced films, including The Promise (2016) by Terry George, starring Oscar Isaac and Christian Bale. He also produced the educational companion documentary Intent to Destroy (2017) with Joe Berlinger, which was nominated for an Outstanding Historical Documentary Emmy. In 2019, Dr. Esrailian and his partners launched SOMM TV—a streaming service with original series, films, and master classes dedicated to wine and food.

Julia S. Gouw is the Chairwoman of Piermont Bank, a digital commercial bank that serves the fintech ecosystem. She is the former President and Chief Operating Officer of East West Bank. She was ranked one of the “25 Most Powerful Women in Banking” five times by American Banker magazine and has twice received the Los Angeles Business Journal’s “Women Making a Difference” award in recognition of her achievements and philanthropic contributions.

She currently serves as a member of the Board of Directors of Pacific Life and VIZIO. Born and raised in Indonesia, Gouw came to the United States in 1978 and earned her BS degree in Accounting from the University of Illinois at Urbana-Champaign.

Shira Ruderman is a senior executive. Born and raised in Israel, she now lives in Boston with her husband Jay and their four children.

About the Academy Museum of Motion Pictures
The Academy Museum is the largest museum in the United States devoted to the arts, sciences, and artists of moviemaking. The museum advances the understanding, celebration, and preservation of cinema through inclusive and accessible exhibitions, screenings, programs, initiatives, and collections. Designed by Pritzker Prize-winning architect Renzo Piano, the museum’s campus contains the restored and revitalized historic Saban Building—formerly known as the May Company building (1939)—and a soaring spherical addition. Together, these buildings contain 50,000 square feet of exhibition spaces, two state-of-the-art theaters, the Shirley Temple Education Studio, and beautiful public spaces that are free and open to the public. These include: The Walt Disney Company Piazza and the Sidney Poitier Grand Lobby, which houses the Spielberg Family Gallery, Academy Museum Store, and Fanny’s restaurant and café. The Academy Museum exhibition galleries are open seven days a week, with hours Sunday through Thursday from 10am to 6pm and Friday and Saturday from 10am to 8pm.