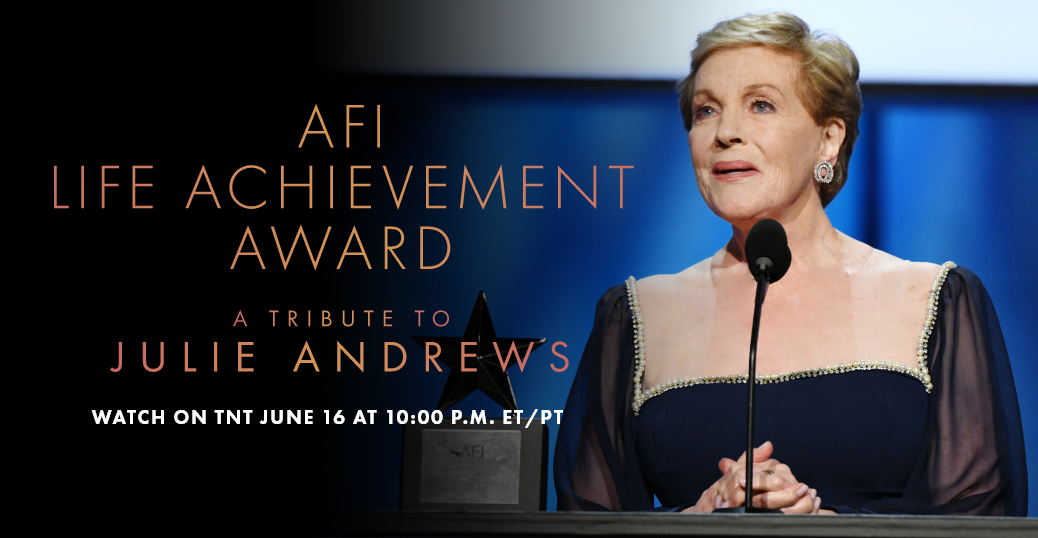 Los Angeles, Calif. – AFI Life Achievement Award, A Tribute to Julie Andrews, held of June 9, 2022 at the Dolby Theatre in Hollywood, will air on June 16, 2022 on TNT. The legendary actress of both stage and screen, Julie Andrews has enchanted and delighted audiences around the world with her uplifting and inspiring body of work. She continues to captivate viewers in front of the camera, with her remarkable wit, characteristic grace and an incandescent and unmistakable voice all of her own — while also shining a light on humanitarian issues in her activism and philanthropic work.

A three-time Academy Award® nominee, Andrews’ star turn in MARY POPPINS won her both a BAFTA and an Oscar®. From her early debut as Polly Browne in “The Boyfriend” to her critically acclaimed Eliza Doolittle in the Broadway hit “My Fair Lady” to her timeless performance as Maria von Trapp in THE SOUND OF MUSIC to her groundbreaking dual roles in the gender-bending VICTOR/VICTORIA, Andrews has proven herself an accomplished and versatile actress. Throughout an illustrious career that spans seven decades, she has won five Golden Globes, three Grammys® and two Emmys® for projects infused with her incomparable charm and recognized for their ability to enthrall audiences worldwide. The critically lauded Andrews is also a Kennedy Center honoree, a Disney Legend inductee and the recipient of a SAG Life Achievement Award.