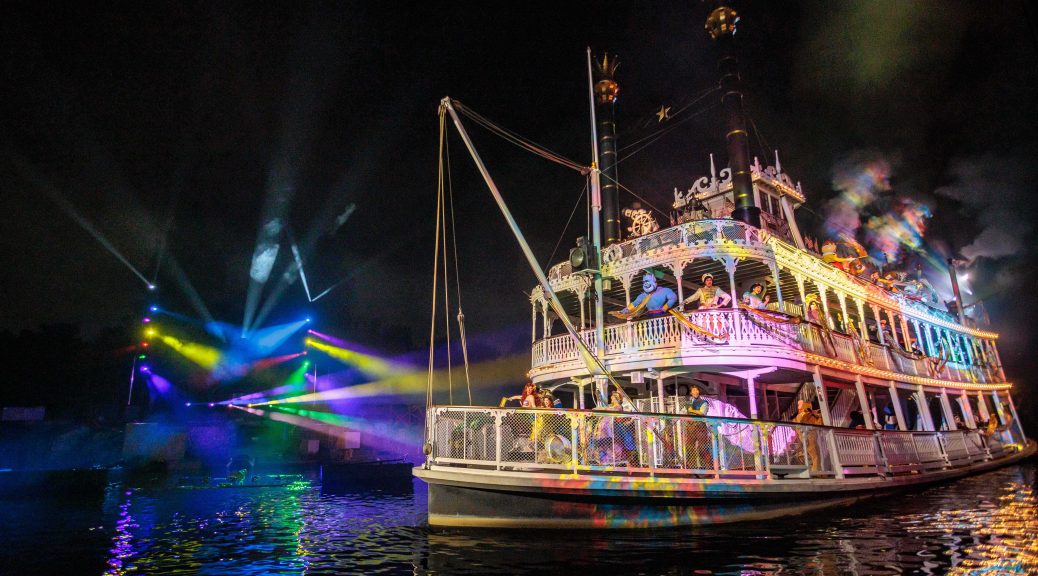 Anaheim, Calif. – (May 26, 2022) – This summer, Disneyland Resort is the ideal place for family and friends to create lasting memories, enjoy exciting entertainment and delight in splendid dining together. On May 28, Disneyland Park will welcome home “Fantasmic!” to the Rivers of America and present a new staging of “Tale of the Lion King” at the Fantasyland Theatre.

Guests can also look forward to ongoing celebrations and limited-time experiences that will make this a sensational summer to remember, including new Celebrate Soulfully offerings and live music that honor Black culture and heritage during Black Music Month in June.

Celebrating its 30th anniversary, “Fantasmic!” – Disney’s longest-running nighttime spectacular – will once again ignite the night at Disneyland beginning May 28. In this beloved show, Mickey Mouse dreams he is the Sorcerer’s Apprentice and faces dastardly villains, including a 45-foot-tall, fire-breathing Maleficent dragon. Central to the magic of “Fantasmic!” are three mist screens, each 60 feet wide by 30 feet tall, that bring moments from beloved Disney stories to life on the Rivers of America.

Also on May 28, the theatrical production “Tale of the Lion King” will make its Fantasyland Theatre debut at Disneyland Park with new, original musical arrangements and choreography. A guest favorite when it opened in 2019, the show is narrated by a traveling troupe known as The Storytellers of the Pride Lands, who re-enact the tale of Simba, Nala, Mufasa, Scar, Timon and Pumbaa through live music and dance inspired by the cultural roots of this timeless story.

For a limited time, guests can bask in the nighttime magic of the “Main Street Electrical Parade” – which features anall-new, grand finale honoring the parade’s 50th anniversary – and the “Disneyland Forever” fireworks spectacular at Disneyland. Performing nightly at Disney California Adventure Park, “World of Color” immerses audiences in some favorite Disney and Pixar stories with powerful fountains that create an immense screen of water.

For a magical meal and entertainment experience, guests may choose to book dining packages or a dessert party, which include access to a reserved viewing area for a select spectacular.* Entertainment schedules and dining package information are available at Disneyland.com.

Disney California Adventure is also celebrating a special milestone – this year marks the 10th anniversary of the park’s major expansion in 2012, when the first guests strolled along the new Buena Vista Street and cruised down Route 66 in Cars Land. Since then, Disney California Adventure has continued to introduce more fun and thrills. Its newest immersive land, Avengers Campus, opened in 2021 and features experiences such WEB Slingers: A Spider-Man Adventure and Doctor Strange: Mysteries of the Mystic Arts.

Following the introduction of Celebrate Soulfully at Disneyland Resort in February, guests are invited to continue the celebration with more experiences honoring Black heritage and culture:

All year long, guests can continue the festivities with experiences such as training with the Dora Milaje, the royal guard of Wakanda, at Avengers Campus and enjoying Creole cuisine at Ralph Brennan’s Jazz Kitchen in the Downtown Disney District.

Limited-time experiences throughout the Disneyland Resort

From graduations and vacations to special occasions, guests will be able to take home their memories with the all-new Capture Your Moment by Disney PhotoPass Service. Available for a limited time at Disneyland Park beginning as early as July 11, guests may reserve personalized, 20-minute photo sessions with a Disney PhotoPass photographer that capture the fun and excitement of their celebrations. More information is available and reservations will open soon on Disneyland.com.**

Taking place on select nights in June at Disney California Adventure, guests can relive the “good-ol’ days” and show off their school spirit at the first-ever Disneyland After Dark: Grad Nite Reunion. The separately-ticketed event offers shorter wait times for some attractions, unique food and beverages, special character experiences, entertainment, themed merchandise and more.*** Details are available at Disneyland.com/GradNiteReunion.

Featuring a diverse collection of casual restaurants, favorite snacking stops and shopping boutiques, Downtown Disney District will be the coolest spot for friends and family to dine and explore together this summer. Guests can get their game on at Splitsville Luxury Lanes, dance to nightly entertainment and more.

With so much to celebrate and discover this summer, guests can extend the magic with a stay at the Hotels of the Disneyland Resort, which offer convenient access to both theme parks (subject to valid park admission and park reservations), benefits and magical touches that only a Disneyland Resort hotel can provide. Overnight hotel guests can enjoy access to Disney California Adventure directly through Disney’s Grand Californian Hotel & Spa entrance and a new walkway coming soon to Disney’s Paradise Pier Hotel – in addition to direct transport to Disneyland Park via convenient Monorail access for Disneyland Hotel guests.

Beginning later this summer, guests staying at Disney’s Grand Californian Hotel & Spa, the Disneyland Hotel and Disney’s Paradise Pier Hotel will be able to enjoy uniquely Disney benefits, including early entry access and the ability to send select theme park purchases back to their resort hotel.