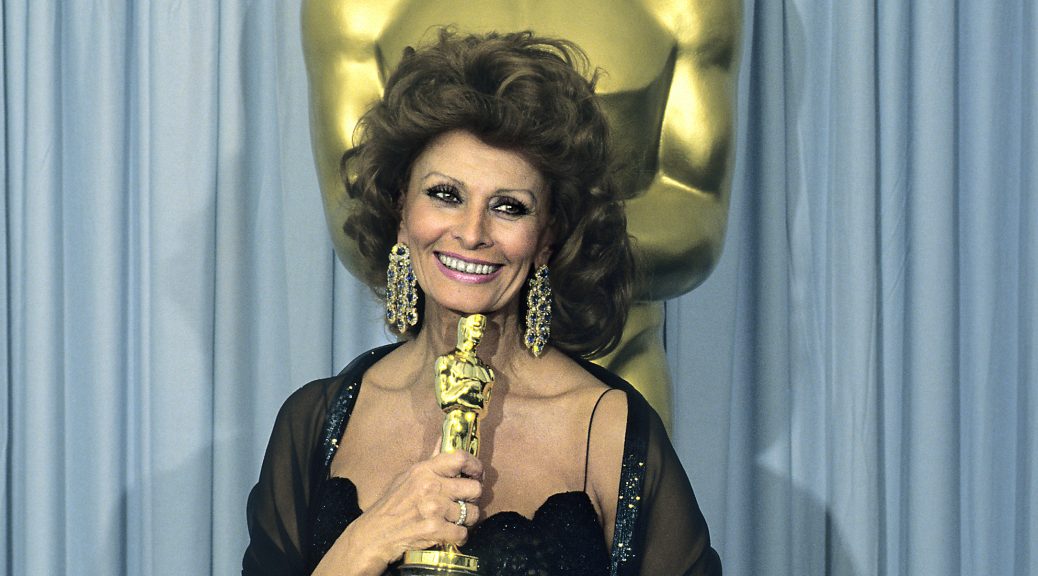 “Show business is what we do, not what we are.” – Sophia Loren

SOPHIA LOREN and HAILE GERIMA headline as HONOREES OF THE INAUGURAL EVENT AND BOB IGER, ANNETTE BENING, AND TOM HANKS TO BE SALUTED FOR THEIR LEADERSHIP OF THE CAMPAIGN FOR THE ACADEMY MUSEUM. ROLEX, FOUNDING SUPPORTER OF THE ACADEMY MUSEUM, IS THE PRESENTING PARTNER OF THE EVENING.

Co-chairs of the Gala are Academy Museum trustee and film and television producer Jason Blum; Academy Governor and Academy Award®-nominated director Ava Duvernay, who has been serving as an advisor for the exhibition Regeneration: Black Cinema 1898–1971, to be presented by the museum in 2022; and Academy Museum trustee and screenwriter, director and producer Ryan Murphy.

Reflecting its mission to celebrate and advance the understanding of the diverse and varied stories of cinema and cinematic artists, the museum has announced that two annual awards will be presented for the first time at the gala: the Vantage Award, honoring an artist or scholar who has helped to contextualize and challenge dominant narratives around cinema; and theVisionary Award, honoring an artist or scholar whose extensive body of work has advanced the art of cinema. Both awards are generously presented by Rolex.

ABOUT SOPHIA LOREN
Sophia’s most recent film The Life Ahead, directed by her son Edoardo Ponti is her first feature film in a decade. Sophia is one of the most renowned and captivating actresses in cinematic history. She’s an Academy Award-winning Italian star that has carved an illustrious career over seven decades. Starting out on screen in the 1950s, Loren gave mesmerizing performances in movies such as It Started in Naples; Black Orchid; A Special Day; Yesterday, Today, Tomorrow; Two Women; and Marriage Italian Style. Throughout her prolific career, she has worked with visionary directors such as Sidney Lumet, Charlie Chaplin, Martin Ritt, Robert Altman, Ettore Scola, and Vittorio De Sica, and has acted alongside screen legends such as Marcello Mastroianni, Marlon Brando, Cary Grant, Clark Gable, and Richard Burton. Loren’s multitude of achievements include two Oscars®, five Golden Globes, a Golden Lion, a Volpi Cup at the Venice Film Festival, Best Actress Award at the Cannes Film Festival, the Honorary Golden Bear for Lifetime Achievement from the Berlin Film Festival, a BAFTA Award, a Grammy Award, ten David di Donatello Awards and three Silver Ribbon Awards. In 1999, the American Film Institute included Loren on the list of the 25 biggest stars in cinema history.

Sophia Loren was the first performer in a foreign language film to be nominated for an Academy Award for her role in the 1960 World War II drama Two Women, released in the United States in 1961. At the 34th Academy Awards Ceremony in 1962 she was awarded the Oscar for Best Actress. Greer Garson accepted the award on her behalf. Loren emerged the winner from fellow nominees, Natalie Wood, Splendor in the Grass; Audrey Hepburn, Breakfast at Tiffany’s; Geraldine Page, Summer and Smoke; and Piper Laurie, The Hustler.

Bob Iger, Annette Bening, and Tom Hanks also will be recognized at the gala for their leadership of the recently completed $388 million Campaign for the Academy Museum.

Bill Kramer, Director and President of the Academy Museum, said, “The Academy Museum is committed to celebrating and championing the work of film artists, scholars and professionals—through our exhibitions, screenings, programs, collection and now, through our annual gala. It is such an honor to be able to recognize both Haile Gerima and Sophia Loren for their impactful and inspirational artistry and to acknowledge the incredible work of our Campaign Committee. We are deeply grateful to our Gala Co-Chairs and our sponsors for their extraordinary leadership and support of this inaugural event.”

ABOUT HAILE GERIMA
Haile Gerima is an independent filmmaker, professor, and author from Ethiopia who, as a youth, was immersed in Ethiopian traditional theater. After emigrating to the United States, he studied at the Goodman School of Drama at the Art Institute of Chicago, and subsequently the School of Theater, Film and Television at the University of California, Los Angeles (UCLA) during the social protests and revolutionary fervor of the late 1960s. During his studies, Gerima found other African, African American, Chicano and Asian students who were hungry for a way to use cinema to express their stories and visions for another world. Engaging in intense study and critical discussion with these peers forever shaped Haile Gerima’s work and vision – and helped to launch the LA Rebellion film movement.

Gerima’s filmography includes Hour Glass (1972), Child of Resistance (1972), Bush Mama (1975), the award-winning Harvest: 3000 years (1975), Wilmington 10-USA 10,000 (1978), Ashes and Embers (1982), After Winter: Sterling Brown (1985), Sankofa (1993)—which won numerous international awards and accolades, Imperfect Journey (1994), Through the Door of No Return (1997), Adwa: An African Victory (1999), Teza (2008), winner of international awards including Best Screenplay and Jury Award at the Venice Film Festival, Footprints of Pan Africanism (2017), and he just completed a five part documentary, Black Lions, Roman Wolves. Gerima is currently producing The Maroons of the United States documentary and Yatoot Lij, a drama set in Ethiopia as well as a forthcoming book on the making of Sankofa.

Gerima taught film at Howard University in Washington, DC from 1975 until his retirement in 2018, planting seeds of independent storytelling to young African American and international students. He and his wife, filmmaker Shirikiana Aina, co-founded and run Mypheduh Films Distribution Company, Negod Gwad Productions, and Sankofa Video and Bookstore in Washington, DC.