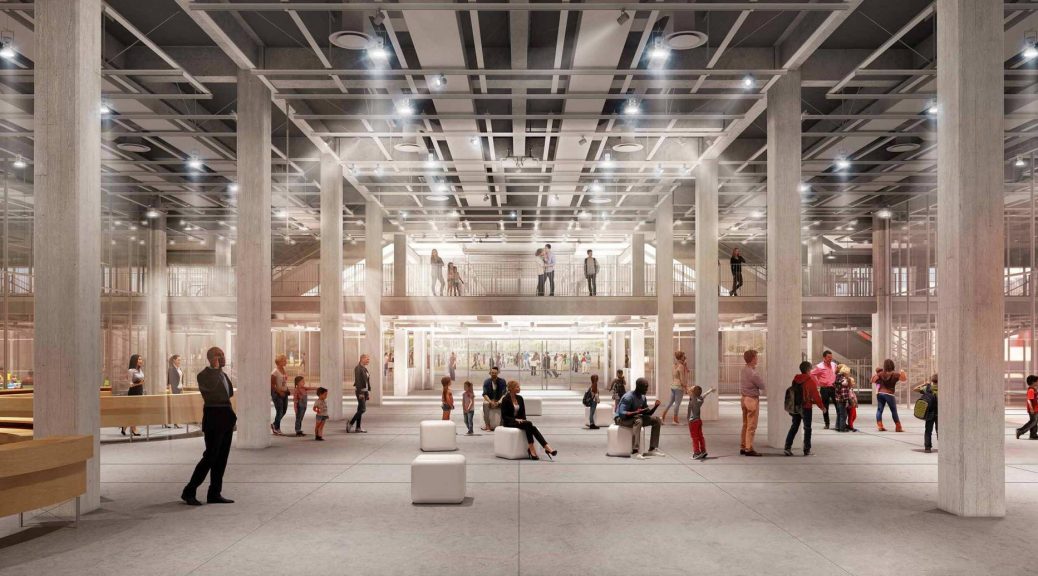 Los Angeles, August 30, 2021 – Bill Kramer, Director and President of the Academy Museum of Motion Pictures, today announced that the new museum, opening in Los Angeles on September 30, is naming its 10,000-square-foot lobby in honor of the legendary actor, film director, producer, and humanitarian Sir Sidney L. Poitier. The naming of the Sidney Poitier Grand Lobby was made possible through a campaign supported by Ambassador Nicole Avant and Co-CEO of Netflix and Chair of the Academy Museum Board of Trustees Ted Sarandos, the Perenchio Foundation, Tyler Perry, and Oprah Winfrey, with major gifts from Patrick and Michele Soon-Shiong, among additional donors.

“It is an incredible honor to name our grand lobby—the nucleus of the Academy Museum—in celebration of Sir Sidney Poitier, whose legacy of humanitarian efforts and groundbreaking artistry continues to inspire us all,” said Bill Kramer. “We are deeply thankful to everyone who supported this campaign, and to Sidney, his wife Joanna Shimkus Poitier, and their entire family for allowing us this great privilege.”

Joanna Shimkus Poitier said, “Sidney’s tremendous impact on the motion picture industry, and on audiences around the world, is inseparable from the story of his longstanding, collegial relationship with the Academy. Sidney has always taken great pride in the Academy’s recognition of his work. To be honored now as the namesake of the Academy Museum’s lobby, the place of access to everything that lies within, is almost like receiving a second Oscar® for lifetime achievement.”

Sir Sidney Poitier made his screen debut in the 1950 film No Way Out, an American film noir which was among the first Hollywood movies to directly address the subject of racism. Poitier went on to become a celebrated actor known for his roles in The Defiant Ones (1958, which earned him his first Oscar nomination), Porgy and Bess (1959), A Raisin in the Sun (1961), A Patch of Blue (1965), In the Heat of the Night (1967), To Sir, with Love (1967) and Guess Who’s Coming to Dinner (1967). He has also directed nine feature films.

Among the many honors and awards for his work, Poitier won an Academy Award® for Best Actor for Lilies of the Field (1963), becoming the first Black winner of a Best Actor Oscar. In 2001 he received an Academy Honorary Award, presented by Denzel Washington, “in recognition of his remarkable accomplishments as an artist and as a human being.” In 1974, Queen Elizabeth II named Poitier an honorary Knight Commander of the Order of the British Empire. In 1995 he received a Kennedy Center Honor and in 2009 was awarded the Presidential Medal of Freedom by President Barack Obama. Poitier’s Best Actor Oscar as well as his acceptance speech are featured in the Academy Museum’s core exhibition, Stories of Cinema.

Designed by Pritzker Prize-winning architect Renzo Piano, the Poitier Lobby occupies the entire first floor of the restored and revitalized landmark Saban Building—formerly known as the May Company building (1939)—from Wilshire Boulevard at the South to the dramatic Walt Disney Company Piazza at the North. With its 24-foot ceilings and open, modern design, the Poitier Lobby serves as the heart for all museum activities. From this central hub, visitors can move to the galleries and theaters, stop for a drink or a meal at Fanny’s, or enjoy shopping at the Academy Museum Store. The Museum’s core exhibition Stories of Cinema, which stretches across three floors of the Saban Building, begins on the ground floor in the Poitier Lobby’s soaring Spielberg Family Gallery, which is always open to the public free of charge. Within the Spielberg Family Gallery visitors can stroll through a rapid immersion into the history of film, as seen through images playing on multiple hanging screens.